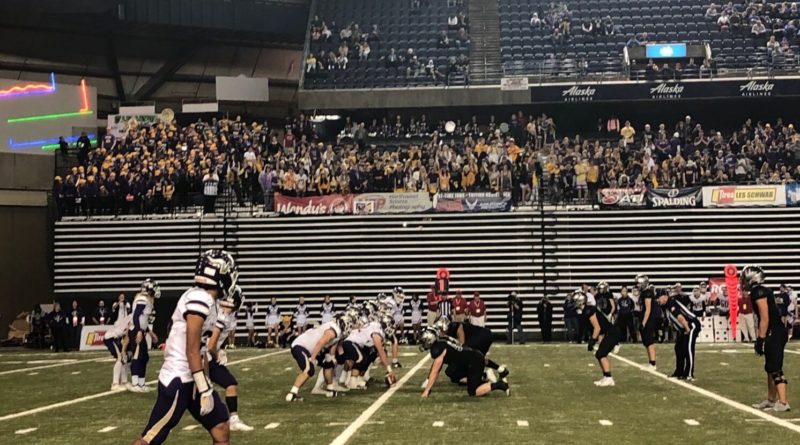 It is official now — the new era of Gridiron Classic will require a cashmere scarf.

After 42 years of being housed at the same site indoors — the Kingdome (1977-94) and Tacoma Dome (1995-2018) — the Washington high school football state championship games will now be played outdoors again in December, starting this upcoming season.

That decision to move away from a single “destination” site came down Sunday after the Washington Interscholastic Activities Association (WIAA) executive board voted unanimously to relocate the six state championship games, citing “financial implications and fan experience” as the two biggest reasons.

What will the new Gridiron Classic format look like?

John Miller, the assistant director of the WIAA who oversees football, shared some of his ideas for future championship venues, but warned the planning of a few key details along the way will remain fluid:

*Three stadiums close to one another in proximity (20-25 minutes apart) to potentially host Saturday-only doubleheaders.

*Stadiums with modernized turf fields for teams to play on.

*Stadiums with locker-room or meeting-room capacity available to four teams at the same time.

*Venues with covered seating on opposite sides of the field, with a total approximate capacity of 5,000 people.

Miller has mentioned three Pierce County venues — Mount Tahoma Stadium in Tacoma (5,000-plus capacity), Sparks Stadium in Puyallup (4,500) and Harry E. Lang Stadium (4,000) — as the best examples of what most closely meets the aforementioned guidelines, but added the WIAA has not settled on naming any permanent outdoor solutions.

In fact, the WIAA will likely follow a plan similar to what it uses for state semifinal games, which were moved out of the Tacoma Dome in 2016.

Approximately two weeks before the state finals — the weekend of the quarterfinal matchups — the WIAA is expected to reveal its list of potential state-championship bunch sites.

Once the state title-game matchups have been determined, the WIAA will finalize its championship venues.

Ideally, the WIAA would prefer all six games to be held at three stadiums close to one another. But if it makes more sense for one or more games to be moved to a different part of the state, based on the locations of the two finalists and their fan bases, Miller said the association would explore a more feasible alternative.

“If we have to have one of those one-off games … for those communities, we will,” Miller said.

Miller also prefers to have pre-determined, mid-afternoon Saturday kickoff times for doubleheaders, but, again, said the WIAA would consider other game-time options for traveling communities that have rooting interests at more than one championship site.

Also of note, Miller said no state finalist will play a championship game on its home field.

The last time the state championships were held at multiple sites outdoors was 1976 when the Class 4A title game was hosted at Memorial Stadium in Seattle; the 3A and 1A games at Highline Stadium in Burien; and the ‘B’ games at the Apple Bowl in Wenatchee.

“Bottom line, we are trying to put these games in the best facilities available to us,” Miller said. “We are going to learn, and see how things work.”