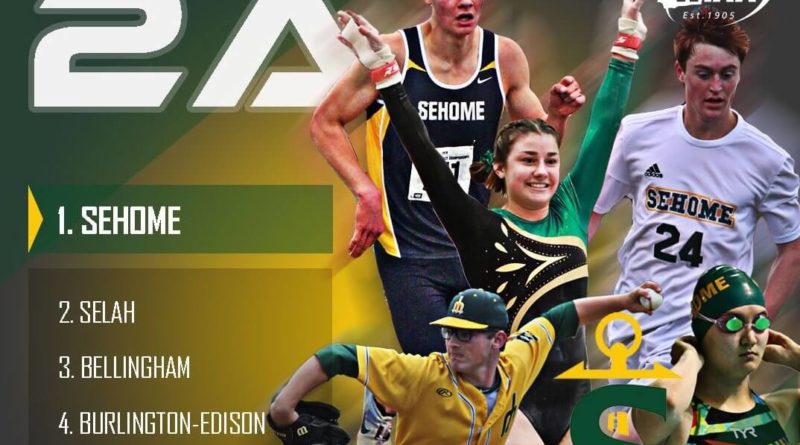 Colin Cushman just might have to order a bigger trophy case as the director of athletics at Sehome High School.

Especially if the Mariners keep racking up WIAA Scholastic Cups.

For a fifth consecutive year, the Bellingham school claimed the Scholastic Cup in Class 2A, which compiles points for athletic and academic achievement at the state level.

Other winners include Mead in 4A; Lakeside of Seattle in 3A; King’s in 1A; Northwest Christian of Colbert in 2B; and Almira/Coulee-Hartline in 1B.

The school also were the state academic winners in gymnastics, boys soccer, boys track and field and volleyball.

During its five-year run, Sehome has eclipsed 1,400 points four times.

“I’m super proud of them, for sure,” Cushman said. “They have a really good work ethic, and it is something that has been established over the years with our coaches.

“(The student-athletes) really take pride in what they do every day. We have really great kids.”

King’s has the most overall Scholastic Cup titles with 10, followed by Mercer Island (nine) and Sehome (eight).