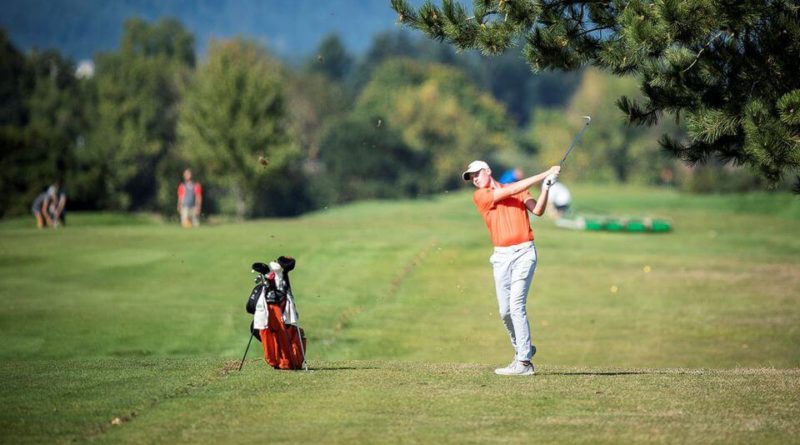 As a rising star at Fort Vancouver High School, Spencer Tibbits was one step away from qualifying for his home-state U.S. Open golf tournament in 2015 at Chambers Bay.

Four years later, he made sure to close the deal – and stamp a ticket to his first U.S. Open at historic Pebble Beach Golf Links on June 10-16.

Tibbits, a sophomore at Oregon State, fired rounds of 67 and 70 (7-under-par 137) to tie for second Monday in 36 holes of U.S. Open sectional qualifying at Wine Valley in Walla Walla.

And the biggest reason he advanced? Tibbits, a three-time state high school champion, scorched the par-5 holes at Wine Valley, making birdies on seven of eight of them – including a late one at the seventh hole (his 16th) to break a logjam at 6 under.

As a 16-year-old in 2015, Tibbits finished well off the pace at sectional qualifying at Tumble Creek at Suncadia (16-over 156).

Others high school products from Washington who qualified Monday:

*At Rattlesnake Point Golf Club in Ontario, Spokane’s Alex Prugh (70-70) survived a 3-for-2 playoff to grab a U.S. Open spot. The Ferris High School product will be playing in his second U.S. Open – and first since 2007.

*At Big Canyon Country Club and Newport Beach Country Club in California, Bellevue’s Richard Lee (64-68) tied for second at sectional qualifying, and will play in his second U.S. Open. The Newport High School graduate’s first one was at Chambers Bay in 2015.

*And even though Clarkston High School’s Joel Dahmen (67-71) tied for 15th at Brookside Country Club and Scioto Country Club in Ohio, he is the first alternate from the biggest sectional qualifying site in the world, and would likely be the first one in the field if a golfer withdraws at Pebble Beach.