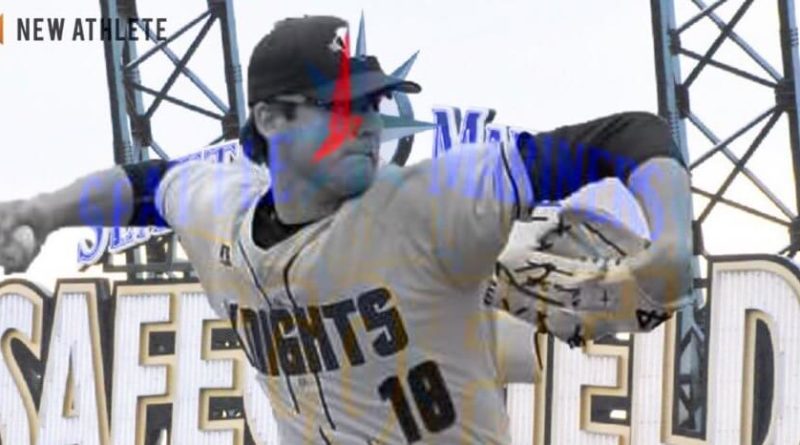 Among the pitching corps with the West Virginia Power, the Class A affiliate of the Seattle Mariners, there is an unavoidable cocktail of misfortune called the “hang with ’em start” that befalls each member of the starting rotation at some point.

It’s when a start falls the day after a long bus ride, which in the South Atlantic League is routine, as 14-hour bus rides to Rome, Georgia or New Jersey are part of the schedule for the Charleston-based farm team.

Second-year pitcher Damon Casetta-Stubbs has only had one or two so far, and he says there’s no remedy outside of grit.

“It’s like, have fun, do your best to not suck today pretty much, because it’s going to be tough,” Casetta-Stubbs said.

It’s one of the many quirks of life in the minors that Casetta-Stubbs, a Vancouver native and 11th round draft pick by the Seattle Mariners in the 2018 MLB Draft out of 1A Kings Way Christian High School, has found himself adjusting to one year after forgoing his commitment to Seattle University and signing with the Mariners organization.

As the 2019 draft is set to begin Monday afternoon, Casetta-Stubbs’ experience offers a glimpse into what some high school prospects across the state of Washington are weighing if they hear their names called over the course of the three-day draft.

After spending his rookie year with the Mariners’ Arizona League team, Casetta-Stubbs took a roundabout route to Class A West Virginia, where he is 2-4 with an 8.15 ERA through eight starts.

For Casetta-Stubbs — who says he’s up to 6-foot-5, 225 pounds — last year’s draft feels like “ten years ago,” mainly due to the five-month offseason, which he filled with working out, taking a couple of online college courses and working with his dad, Mike Stubbs, who works in heating and air.

The Mariners wanted to pick Casetta-Stubbs in the sixth round, but the slotted signing bonus was below his asking price of $350,000, so the club waited until after the 10th round where signing bonuses of each pick are not predetermined. He was chosen in the 11th round with a $325,000 signing bonus, and told The Columbian at the time  “I wasn’t going to let my dreams come short for ($)25,000.”

Having gone through it, Casetta-Stubbs feels informed when high school players ask him for advice. Auburn Mountainview pitcher Nate Weeldreyer, who became friends with Casetta-Stubbs when the two were committed to Seattle U, could hear his name called this week.

When Weeldreyer, now a Purdue signee, voiced his skepticism of the draft, Casetta-Stubbs gave his two cents.

“I was just telling him, if you get the money, like, your college is paid for, take it,” Casetta-Stubbs said. “Run with it.”

Though it feels like longer, Casetta-Stubbs is enjoying life as a minor league baseball player, and is ahead of where he thought he would be at this point. The 19-year-old expected to be spending his second season in short-season Class A with the Everett Aquasox, but he believes his one relief call-up to Advanced-A Modesto helped prove he was ready for a tougher challenge.

When an extra-inning game depleted their bullpen, the Modesto Nuts called up Casetta-Stubbs from Arizona on less than a day’s notice. He made his debut in a relief appearance, entering in the seventh and throwing 2 1/3 innings, allowing two hits, two walks and no runs opposite three strikeouts with a fastball touching 94 miles per hour.

Due to the nature of the call-up, Casetta-Stubbs did it all on two hours of sleep. He caught himself dozing off in the bullpen before the game.

“It was a mess. I was so tired,” he said. “I took like three scoops of pre-workout, drank coffee and stuff, I was dying.

“Getting off the mound and being done was so nice. The farm director was there. And I think honestly that outing was the reason they called me up. They saw what I could do there and they were like, ‘send him (to West Virginia).’ ”

The unpredictability works both ways. Casetta-Stubbs said he has a friend who was drafted in 2017 who is still in the Arizona League.

If Casetta-Stubbs has learned one thing over the last year, it’s the volatility of a minor leaguer’s schedule.

“I could get a call tomorrow saying I got called up or down and I’d have to pack my stuff,” Casetta-Stubbs said.

Juanita High School pitcher Jayson Schroeder was the first player from Washington taken in the 2018 MLB Draft as the Houston Astros selected him in the second round (66th pick). He decided to forgo his commitment to the University of Washington and signed with a draft bonus of $965,300.

Schroeder is with the Astros’ Class A Quad Cities River Bandits in Iowa this season, where he has two appearances and one start on the season. He spent the 2018 season with the Astros’ Gulf Coast Rookie League team and posted a 1.50 ERA in seven appearances (five starts) according to Baseball Reference.