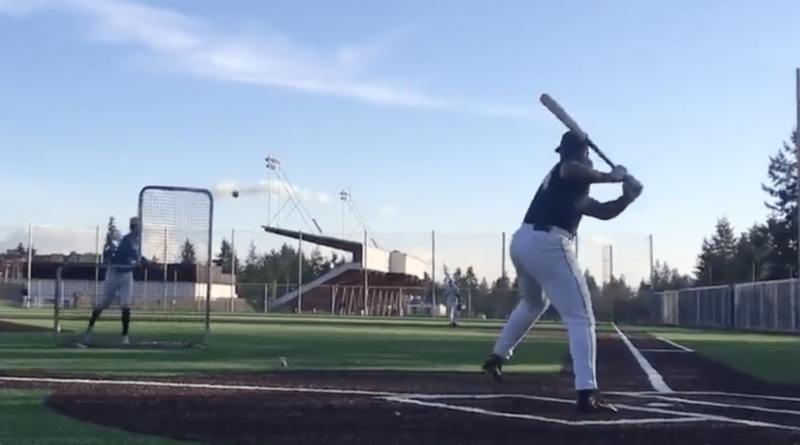 Joshua Mears, one of the most physically imposing high school baseball prospects in the country, was selected by the San Diego Padres Monday night in the second round of the 2019 MLB Draft.

Mears, who starred at Federal Way High School, was picked at No. 48 overall. The 6-foot-5, 250-pound outfielder is both strong and spry, drawing comparisons from Federal Way coach Arlo Evasick to the great Bo Jackson. Baseball Northwest tested his speed and agility and assessed him in the 97th percentile.

“He just looks like a video game player, one you create,” Evasick said. He called former Federal Way and current UW player Christian Jones’ strength “raw power.” What about Mears? “He has Major League Baseball power,’ Evasick said. “It is unbelievable power.”

Mears, a Purdue University commit, was named second team all-state by Scorebook Live. His draft slot is valued at $1.54 million.

— Diamondbacks draft Corbin Carroll at No. 16