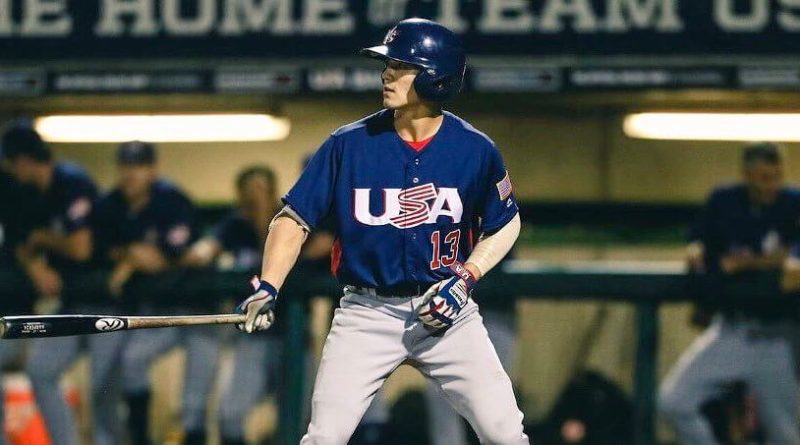 In what is expected to be a deeper-than-usual pool of coveted Washington high school baseball players, here are the five names you should hear selected first starting Monday at the 2019 first-year Major League Baseball Draft, according to NBC Sports baseball prospects analyst Christopher Crawford:

CF CORBIN CARROLL, 5-10, 165, Lakeside High School, Seattle
Skinny: Arguably the most advanced high school batter available, Carroll has skyrocketed up the draft boards of most big-league teams in the past six months. Opposing coaches and draft pundits rave about his speed (which is a 70 grade) – on the basepaths and patrolling the outfield. The UCLA signee is also the 2019 Gatorade state player of the year (.540 batting average, 9 HR, 26 RBI, 38 runs, 11 SB).
Draft projection: First round, top 10-20 picks
Crawford quotable: “He should move quickly (through the minor leagues) because people rave about his baseball acumen. … The biggest question is his power. If you mess with his launch angle, he should hit 10-15 home runs.”

1B/OF MICHAEL TOGLIA, 6-5, 225, UCLA/Gig Harbor High School
Skinny: Very few players make power-hitting look easy – and Toglia does, from both sides of the plate. This spring as a junior, he became the first UCLA hitter to hit double-digit home runs (14) and lead his team with 50 or more RBI in back-to-back seasons since Tim DeCinces (1995-96). Because he is an exceptional athlete for a big man, the two-time, all-Pac 12 performer could play a corner outfield spot professionally.
Draft projection: Second round. top-70 player
Crawford quotable: “His power is legit – a 60 grade, maybe even 70. I know there are questions about the other hitting tools because of the length of his swing … but I think he could be a first-rounder.”

SS CARTER YOUNG, 6-0, 185, Selah High School
Skinny: In terms of talent, Young is a top-100 player in this draft class. But he also appears firm in his commitment to Vanderbilt University, which could impact his draft stock. Young instantly became a national prospect when he more than held his own as an underclassman on USA Baseball’s 18-and-under team in 2017 — and rebounded from a disappointing junior year to lead the Vikings to the Class 2A title this spring.
Draft projection: Third to fourth round
Crawford quotable: “He has been a catcher, and that could be his long-term position because he has such a natural (throwing) release. Either way, he should be playing a pretty premium position.”

RF/DH JOSHUA MEARS, 6-3, 230, Federal Way High School
Skinny: Even as a high school senior, Mears makes 450-foot home runs seem effortless. That is how much natural power this Purdue University signee produces with his electrifying bat speed (.500 batting average, 10 HR, 15 SB as senior). Scouts question whether he can remain an outfielder, but Mears’ underrated burst and overall athleticism should keep him in the field — at least for the near future.
Draft projection: Third to fifth round.
Crawford quotable: “His power … might be a 70 grade when it is all said and done. But he is high-risk, high-reward because that power is going to have to max out for him to reach total value.”

1B HENRY GARGUS, 6-1, 210, Davis High School, Yakima
Skinny: How naturally powerful and fluid is this switch-hitter’s baseball swing? The Stanford University signee has won three national home run derby contests, including one at last summer’s high-profile Area Code Games in California. Many draft experts expect Gargus to be the first high school first baseman off the board (.509 batting average, 13 XBH, 21 SB as senior), but he is agile enough to play the outfield.
Draft projection: Fifth to seventh round
Crawford quotable: “He has huge power … and it’s going to have to max out because it’s unlikely his frame and (being left-handed) will let him play anything but first base.”