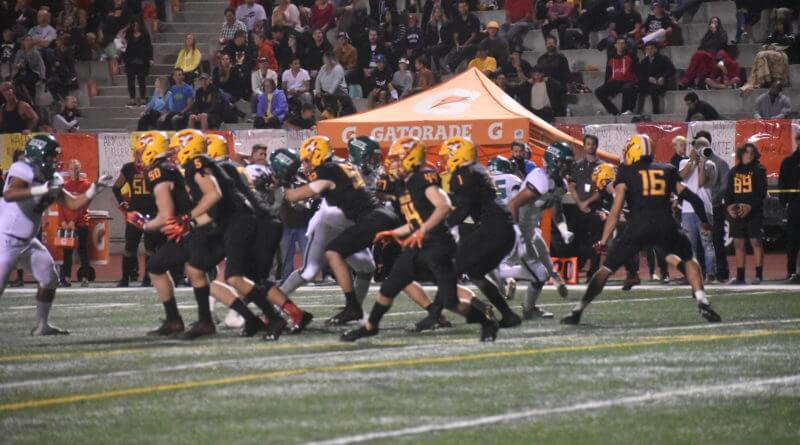 The team of destiny in the Class 3A softball tournament kept moving on Saturday morning.

Even if that meant dethroning the team defending.

Garfield’s Juno Shantz hit a bases-clearing double off Bonney Lake ace pitcher Brooke Nelson with two outs in the ninth inning, and the Bulldogs advanced to their first state championship game in school history with a 4-0 victory over the Panthers at the RAC in Lacey.

But first, the Bulldogs celebrated their biggest victory to-date, getting to Nelson and the Panthers in extra innings.

Utilizing an international tiebreaker (inning starts with a runner at second base), Garfield scored first on Simpson’s sacrifice fly to right field to grab a 1-0 lead.

With two outs, up came Shantz, who is a towering presence in the batter’s box at 6-foot-2.

And she did something different facing Nelson that final time.

“I smiled at her,” Shantz said. “It was like, ‘Whatever happens, happens.'”

And Shantz, who doubled earlier in the game, hit a soft line drive in the left-center gap that scored three runs.

Garfield coach Ken Simpson called it the “best softball game I have ever been a part of,” adding he advised his batters to lay off Nelson’s rise ball, and look down in the strike zone.

“We tell them every day that they are good hitters,” Ken Simpson said, “and they do not have to be afraid of anybody.”

The back-breaking hit for Garfield – Juno Shantz’s 3-run double with two outs in 9th as Bulldogs dethrone Bonney Lake in 3A semifinals: pic.twitter.com/HKmnZdomKG

Field 3 at the RAC has been good to the Tornados over the years – and Saturday morning was no exception.

Trailing by one run, and down to their last strike, the Tornados found a little “magic,” said coach Lindsay Walton, in shocking the West Central/Southwest bi-district champion Thunder in the semifinals.

Her hard grounder took a crazy bouncer over the right fielder’s head and trickled to the wall, scoring Savannah Hyder (two-out walk) and Elena Castanon (two-out single) ahead of her.

“I told them in the sixth inning, this is our magic field,” Walton said. “The last two years, we’ve had special things happen on it … so do not give up, ever.”

Mountain View’s Nae Nae Urquhart gave the Thunder a 1-0 lead with a leadoff home run off Tayelyn Cutler in the fourth inning.

Cutler rebounded to complete a two-hit complete-game effort, striking out 11 in the win. Brown struck out 11 as the hard-luck losing pitcher.

Here are the game winning runs for Yelm in semifinal win over Mountain View: pic.twitter.com/TV9Ew9Xk9n