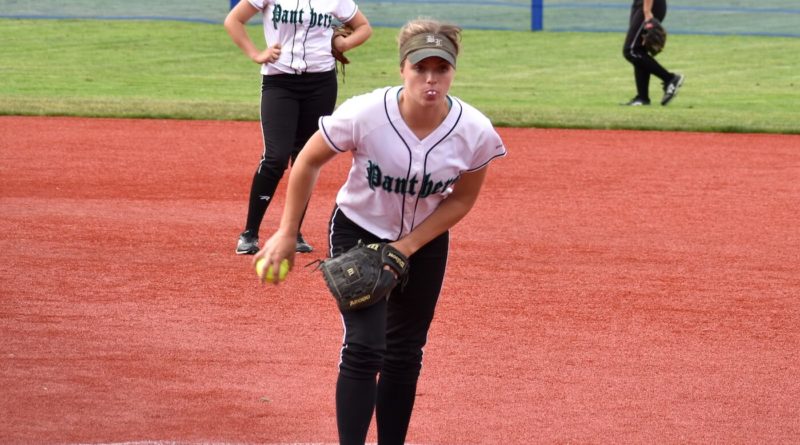 Starting with round of 16 games on Friday morning, the Class 4A, 3A and 2A Washington high school softball state playoffs take place this weekend over two action-packed days.

Before the first pitch is thrown, here’s a look at the Top 20 players still competing in the 4A, 3A and 2A softball state tournaments:

C Jennifer Cummings, Redmond, junior
Arguably the state’s top softball recruit in the class of 2020, the University of Washington commit has been a leader for the Mustangs. Not only has Cummings been their best contact hitter (.627 batting average, team-leading 27 extra-base hits and 44 RBI), she is calling pitches for ace Kiki Milloy for the first time this season – and protects her in the lineup as well.

SP Iyanla “Ice” De Jesus, Jackson, senior
The reigning 4A state player of the year is pure power, and might be the most feared two-way player in the state. With a fastball that touches 67-68 mph, and an improved change-up, the Coastal Carolina signee (17-2, 0.84 ERA, 263K in 116 IP) has thrown seven no-hitters, and has double-digit strikeout efforts in 18 of her 19 starts. She also has hit 10 home runs.

OF Olivia Ellingson, Puyallup, junior
Talk about a five-tool player on a hot-hitting streak – the Vikings’ do-everything all-state centerfielder is raking right now. The 4A SPSL player of the year (.610 batting average, 8 HR, 51 RBI, 45 runs) just finished a 10-for-16, four-HR showing in the district tournament. The Louisiana Tech commit is also 7-0 with a 3.27 ERA as a pitcher.

SP Kaylie Hoskins, Lake Stevens, senior
After sitting behind former all-state pitcher Sara Johnson for three years, Hoskins broke out in a big way this season (10-3, 2.01 ERA, 178K in 83.2 IP). Hoskins’ wicked riseball can shut down a lineup, and earlier this season, the left-hander beat Jackson star Iyanla De Jesus in a head-to-head Wesco showdown (won 4-1 in April), striking out 17.

SP/OF Kiki Milloy, Redmond, senior
Widely regarded as a top-10 recruit nationally for the 2019 class, Milloy, the daughter of former NFL safety Lawyer Milloy, signed with Tennessee as a centerfielder. Very few high school players can match her combination of bat and foot speed (.440 batting average, 16 HR, 40 RBI, 12-for-12 SB), and she is also 17-2 with a 2.36 ERA as a pitcher this season.

SP Kaylie Northrop, Richland, junior
To aid the next step in her development, Northrop knew she had to develop a third pitch during last offseason. The UNLV commit did more than that, visiting two different pitching gurus in Washington and Oregon to add a curveball and riseball to her already-lethal pitching arsenal (fastball, changeup) in 2019. It’s worked – she is 18-0 with a 1.10 ERA.

1B Addison Pettit, Richland, junior
The unbeaten Bombers shredded the Mid-Columbia Conference with their big bats, and Pettit was the biggest threat in a loaded lineup – .688 batting average, four home runs, 55 RBI. The team’s No. 3 hitter flashes power to all fields, and, as coach Casey Emery puts it, “everyone is scared to death of her.” Gave Bradley University an oral commitment as a ninth grader.

OF Macy Tarbox, Jackson, senior
It is not just the “Ice” show at Jackson High School. The reigning 4A state champions have a legitimate cleanup hitter in Tarbox (.457 batting average, 5 HR, team-leading 41 RBI), who made teams pay for intentionally walking star Iyanla De Jesus. The Western Washington University signee had two RBI in Jackson’s 6-3 state title-game victory over Monroe in 2018.

2B Rachel Wicker, Rogers of Puyallup, junior
Teammate Raigan Barrett (UW commit) is the better-known entity in softball circles, but Wicker is the steadier force for the Rams. The Iowa State commit (.557 batting average, 9 HR, 8 triples, 60 RBI) has some of the fastest bat speed you will see in the high school ranks, and the all-state utility player can play just about anywhere in the infield.

SP Mckenna Braegelmann, Stadium, junior
There are two quirky challenges facing the Tigers’ ace: One, she is a left-hander who throws hard. And second, her rise ball – a go-to pitch – climbs on a perfectly-straight line with no tail. The three-time 3A PCL pitcher of the year (14-3, 1.45 ERA) is approaching 800 career strikeouts.

SP/3B Sydney Brown, Mountain View, junior
When opportunity knocks, you have to answer. And when the Thunder’s other top pitcher did not return to the team this season, it left Brown as the undisputed ace. And she has been nothing short of sensational as the 3A GSHL player of the year (12-2, 1.14 ERA, 164K in 98 IP), even outdueling Bonney Lake star Brooke Nelson in last weekend’s district semifinals.

1B Anna Hook, Bonney Lake, junior
There are home runs, and then there are the fence-clearing shots this Panthers’ slugger with light-tower power hits. Hook serves as much-needed lineup protection for the Nelson sisters (Brooke, Brynn) in the No. 5 spot – and has delivered many times in the clutch (.446 batting average, team-high 10 HR and 34 RBI).

SP/OF Brooke Nelson, Bonney Lake, senior
The reigning Gatorade state player of the year is the gold standard for two-way superstars in the state. The University of Washington signee recently set the all-time career strikeout mark (1,129 strikeouts), and is the four-time 3A PCL most valuable player (15-2, 1.07 ERA, 232K in 111-plus IP; .632 batting average, 6 HR, 31 RBI in 2019).

SP/1B Kaia Simpson, Garfield, senior
Most ace pitchers prefer to get by with heat. Not Simpson, whose best pitch is a drop ball – something she developed at age 12. Now, the UC San Diego signee is a two-time Metro League most valuable player (16-1, 0.18 ERA, seven no-hitters, 141K in 77 IP), leading the Bulldogs to their first district title. She shares the circle with her younger sister, Nicola.

SS Kaily Christensen, Woodland, junior
It was a great moment in last year’s Class 2A title game – Christensen had the final putout to cap the Beavers’ 5-1 win over Ellensburg, all while her father was in the dugout as coach. After serving as the No. 5 hitter last season, Christensen leads off now, and is a hard-hitting table-setter (.577 batting average, 9 HR) for the undefeated Beavers.

SS Molly Gates, Olympic, junior
What she hits, she destroys. And while the Trojans are a long shot to win the 2A crown this weekend, their top slugger could put a scare into any of the tournament’s top pitchers. The North Dakota State commit captured Olympic League’s player of the year honors (.770 batting average, 14 HR, 14 doubles, 9 triples, 42 RBI).

SP Olivia Grey, Woodland, senior
You won’t see too many in the circle more competitive than Grey, the reigning 2A state player of the year who added a drop ball and curveball to her high-velocity arsenal this season. The Portland State signee has dominated hitters (22-0, 0.07 ERA, 307K in 138 IP), giving up her first earned run in last weekend’s district title game – a 3-1 win over Ridgefield.

SP Kaia Oliver, Ridgefield, senior
Arguably the top two pitchers in 2A reside in the same 2A GSHL – Woodland’s Olivia Grey and this Syracuse signee. Oliver is the master at keeping her pitches down in the strike zone with a first-rate curveball and change-up – something that has baffled hitters her entire high school career, including this season (14-3, 0.76 ERA, 164K in 101 IP).

SS Ashlyn Whalen, W.F. West, junior
The better the pitching, the better Whalen concentrates – and hits. No wonder she is the two-time 2A Evergreen Conference hitter of the year, and all-state infielder. The Boise State commit backed up her strong sophomore season (10 HR, 43 RBI) with an equally-impressive junior campaign (.529 batting average, school-record 11 HR, 35 RBI, 40 runs).