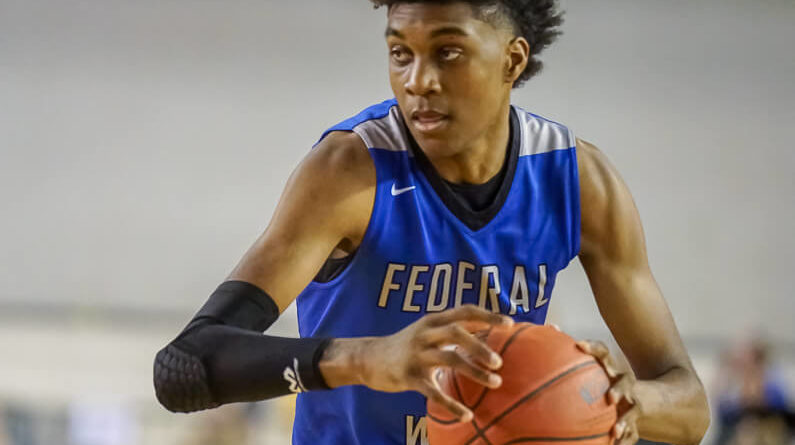 He knows McDaniels wants to play at a higher level — which is something the public is thirsting to see.

The rest of it — with what college the senior 6-foot-10 forward will sign, when he will announce it and even how he will break the news — remains shrouded in secrecy.

The final day of NCAA Division I basketball signing period is Wednesday.

“To be honest, I do not really know,” Reed said. “He literally does not like talking about it.”

Which is why nobody is really certain what will transpire over the next two days.

Reed did offer a couple of best guesses on what McDaniels will do next:

*He thinks some news will come down Wednesday concerning McDaniels’ next-chapter decision. The Eagles’ senior has made official visits to his five preferred schools – Kentucky, San Diego State, Texas, UCLA and Washington.

*He also thinks any announcement will come from McDaniels on social media, and not at any press conference.

“He is not that type of guy,” Reed said. “He does not want that attention.”

But McDaniels continues to consult with those close to him, including Reed at school on Monday, as the deadline approaches.

“He knows it is a big decision and new chapter on his life, and he wants to make sure the decision he makes is the right one for him,” Reed said.

Has McDaniels shown any signs of being overwhelmed or stressed out by making a decision? Reed said he hasn’t seen a hint of it.

“He is a low-key dude,” Reed said. “He has so much support that he does not get stressed out about it.”

Last season, McDaniels averaged 23.3 points, 10.0 rebounds, 4.0 assists and 2.0 blocks in leading the Eagles to a third-place showing at the Class 4A state championships.

Also in April, McDaniels was named the most valuable player (25 points, 10 rebounds) of the Northwest Shootout, the annual senior-only rivalry game between Washington and Oregon all-stars.

“He’s waited, waited, looked at something, and instead of saying, ‘Gosh, he can’t make up his mind,’ he’s taking his time,” said Mark Morris High School’s Bill Bakamus, who was the coach for Washington in the Northwest Shootout. “For being as young as he is, instead of saying he’s indecisive, I say he’s taking the mature point of view.”

Whatever McDaniels decides, he is still projected to be a lottery-pick lock in the 2020 NBA Draft.