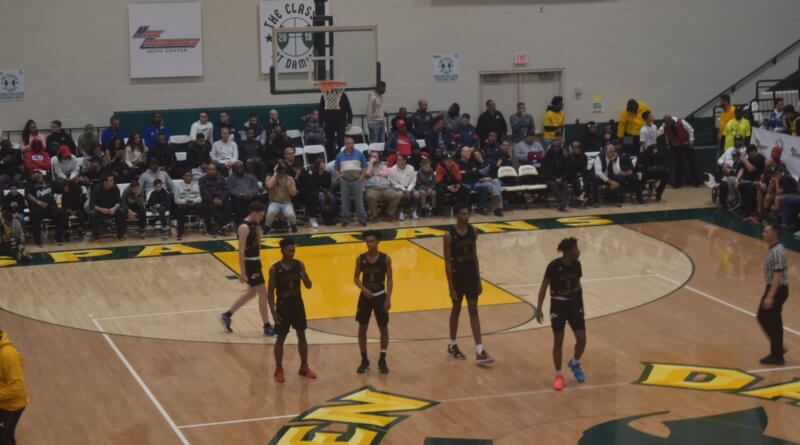 BEAVERTON, Ore. — Daniel Maton crossed the finish line behind what felt like a sea of runners, immediately put both hands on his knees and slumped over.

In the same race last year, he was the first to hit the finish line tape. This time proved different.

He didn’t just run a bad race, there was more to it. Maton, a repeat Washington high school state champion in the 800 and 1,600, finished 11th in the boys elite mile at Friday’s Jesuit (Ore.) Twilight Relays — an event he won the previous year with a time nearly eight seconds quicker, and took second in as a sophomore.

“This race will be motivation,” Maton said. “I’ll be even better at state.”

Maton, a University of Washington signee, won the class 4A event state titles in the 800 and 1,600-meter races as a sophomore

He then came back and defended both as a junior. This year, he’s determined to do the same.

Growing up, Maton never had to look far to find great runners. He just had to look around the dinner table.

Daniel’s father, Jim Maton, won an NCAA championship in the 800 in 1988 as a runner for Eastern Illinois. His mother, Michelle Maton (formerly Dekkers) was an All-American at Indiana, where she won an individual cross country national title.

His brother, Matthew Maton, was a standout distance runner at Oregon.

So the spotlight has always been larger than normal on Daniel Maton as he enters this month’s state track meet at Mount Tahoma High School as the distance runner to beat.

Even so, he believes he’s in as good a position as ever to three-peat.

For one, his training this season has amped up. He’s running more miles in faster times and incorporating weights, too.

And Maton, who hasn’t dealt with injuries this season like in years past, says it’s paying off.

“I’m definitely in better shape,” Maton said. “My workouts have been crazy better. Indoor ran 4:09 then went through a huge training block. This weekend was my first race where I kind of backed off a little bit. You know, just bad days happen.”

He acknowledged the slow start, and how he never got into a rhythm. But the disappointment, Maton supposed, was over a small blip in a solid season thus far. One he hopes will end on a high note.

“It just motivates me to work a little bit harder, stay a little more focused and prepare a little bit better, I guess,” Maton said. “Maybe focus on the race. There’s a lot of things I can fix.”