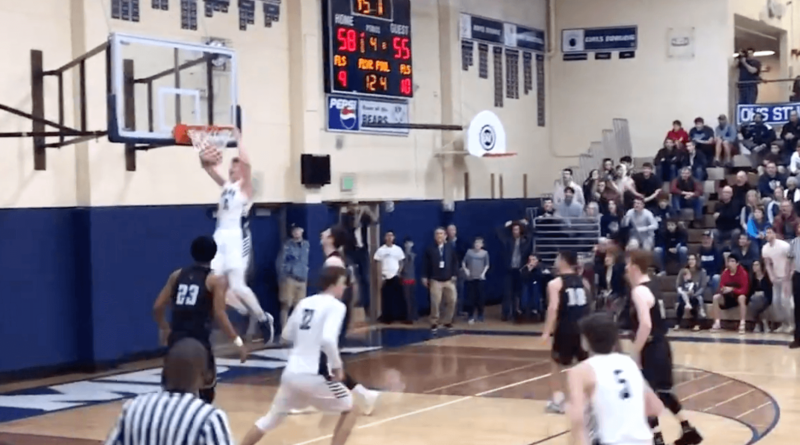 It is one thing to win basketball’s low-post wars in hometown Olympia.

But to excel in Chicago, then Kansas City in back-to-back weekends on the AAU circuit?

Grant capped a fantastic weekend of play with Washington Supreme’s Under-17 Elite squad with his first Pac-12 scholarship offer – one that came in Sunday night from coach Mike Hopkins and the Washington Huskies.

Considering that Grant has attended his fair share of Huskies’ games, and has UW basketball posters all over his family’s garage, the standout from Olympia High School was awestruck by the offer.

“It was so surreal,” Grant said. “Somebody saw those posters in the garage, and said, ‘That could be you in two years,’ so it is crazy.”

Coaches from more than 20 NCAA Division I programs, including Hopkins, watched Washington Supreme’s final game of last weekend’s tournament in Kansas City – a 74-64 win over a good AAU team from Tennessee (BMaze Elite).

Grant had 19 points and nine rebounds. It was hours later after the team returned to Sea-Tac Airport that he had the offer from the UW.

“(Hopkins) could not believe how good he was,” Supreme U-17 Elite coach Carl Howell said. “He was blown away by him.”

So far in a month’s worth of games, Grant is averaging 16.0 points and 8.5 rebounds while shooting 63 percent from the floor. He has also received an offer from Pepperdine and former UW coach Lorenzo Romar.

“It’s good to get the exposure … playing against some of the best (players) in the nation,” Grant said. “I’ve had a couple of good games, and knowing I can play with these guys has given me a boost of confidence.”