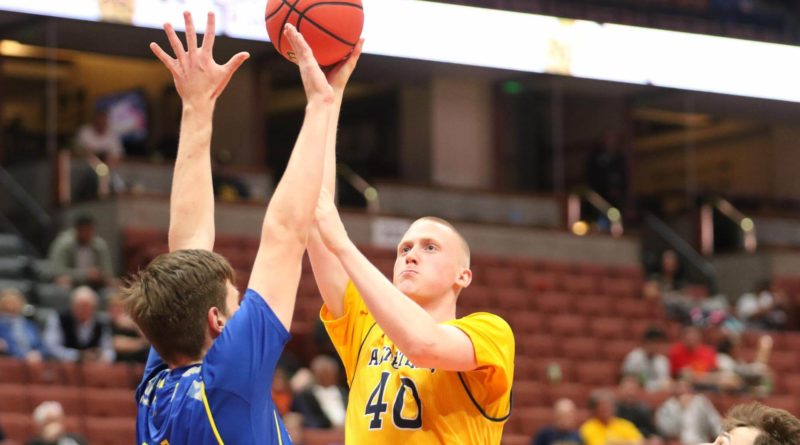 With some help from former Seattle Prep star Collin Welp, the UC Irvine Anteaters pulled off the biggest upset of the 2019 NCAA Tournament Friday in San Jose.

UC Irvine, the No. 13 seed in the South Region, upset No. 4 Kansas State 70-64 behind 19 points apiece from Max Hazzard and Evan Leonard. Welp, a 6-9 redshirt freshman, had eight points, three rebounds and two steals.

The Anteaters (31-5) got into the tournament by hammering Cal State Fullerton 92-64 in the Big West Tournament championship last week. They will play the winner of the Wisconsin-Oregon game in the second round of the NCAA Tournament.

Welp averaged 17 points and 7 rebounds as a senior at Seattle Prep in 2016-17. He led the Panthers to the quarterfinals of the 2017 3A state tournament. His father is former University of Washington star Christian Welp. Christian Welp died of heart failure in March 2015 at the age of 51.