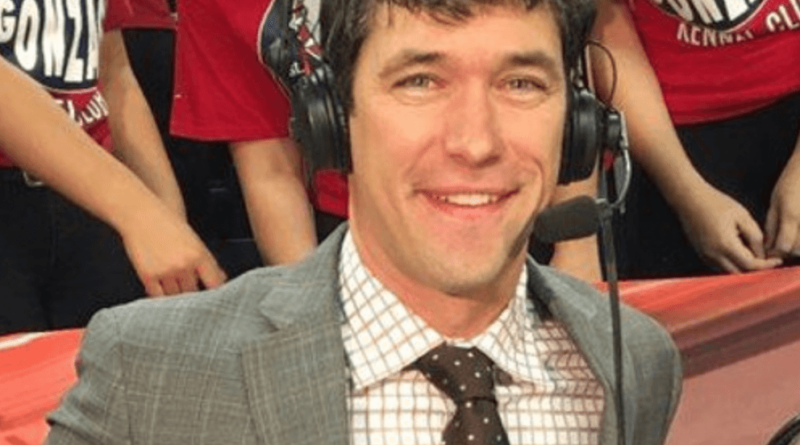 With March Madness tipping off we thought it would be a good idea to check in with Dan Dickau, who is calling 2019 NCAA Tournament games for Westwood One Sports Radio.

Dickau, a 1997 graduate of Prairie High School, is one of the best basketball players to come out of the state of Washington. After being named the Gatorade state player of the year in ’97, he went on to lead the Gonzaga Bulldogs to back-to-back NCAA Tournament appearances in 2001 and 2002. He was named to the Associated Press All-America First Team in 2002, the first Gonzaga player to earn that honor.

Dickau was drafted by the Sacramento Kings in the first round of the 2002 NBA draft and went on to play for eight teams over a six-year NBA career. His best season was with New Orleans in 2004-05 when he averaged 13.2 points and 5.2 assists. Here are seven questions with Dickau:

After not having a great first three-year win/loss record at Prairie, we got it together my senior season. We made it to the state semifinals in the Kingdome and played Mercer Island in front of probably close to 10,000 people (or at least it seemed like that). Even though it was my best memory, it was also my most disappointing because Bryan Brown got hot in the fourth quarter and we ended up losing.

My coach in high school, Eric Hjort, has become a true friend over the years. Whether he helped me navigate the AAU scene while in high school, coach and encourage our group to reach our potential, or to now being supportive of myself and my family in our endeavors, he has always been there to lend a hand or listen and give guidance.

I live in Spokane with my wife and six kids and am currently quite busy. I work as VP of Market Development for Scorebook Live and own four The Barber’s locations in Spokane. I stay involved in the game by broadcasting for ESPN, CBS Sports, Pac-12 Networks, Westwood One and others. I also coach my oldest son’s basketball team and run some workouts with the Dan Dickau Basketball Academy.

Quincy Wilder of Decatur and Richie Frahm of Battle Ground in the state of Washington. Nationally, Ron Artest and Baron Davis are two that stand out while at Nike All-American camp before my senior year. Also, Lamar Odom at a tournament in LA.

Work at it and work at the fundamentals daily. With the game these days too many times people get caught up with the flashy play. At the end of the day it will be the most sound player/team who makes the least mistakes that will win.

Don’t get caught up with rankings and who may be ahead of you at an early age. I know I wasn’t on any lists until well into my high school career. There is too much of an emphasis on who is playing with what team at a young age rather than learning to love the game, love the process of improving and loving to compete. I think there needs to be a solid balance of commitment and communication with both AAU and high school coaches when a player is being recruited.

AAU is definitely a great learning experience when you can travel and play against players from across the country and see your strengths/weaknesses and be exposed to other styles of the game. My biggest issue with the travel teams is the age at which they begin to travel and make parents and kids think they need to be seen or evaluated at. It’s a complete crapshoot until high school. I feel as though the time and money spent traveling and worrying about where you fit is better off spent in a gym developing skills at a young age.

My favorite high school gym would be Prairie High School or the Kingdome. Biggest rivalry would have been against Battle Ground because they were our district rivals. Richie Frahm played at Battle Ground and he ended up as a teammate at Gonzaga as well as in the NBA with the Los Angeles Clippers.