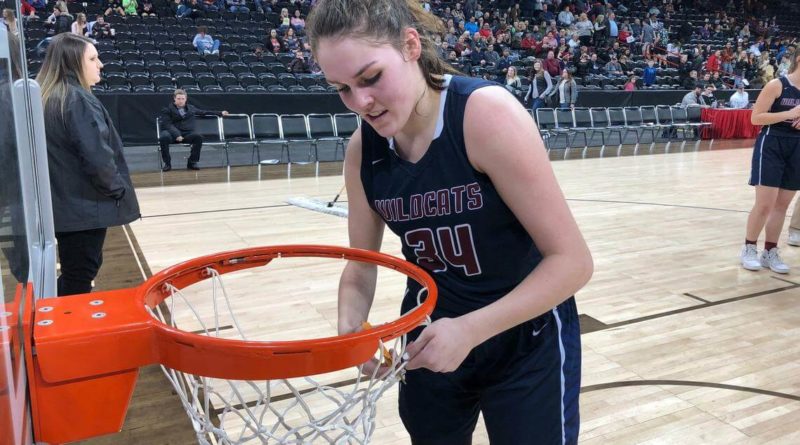 Emily Nelson has had a standout senior season for the Mt. Spokane Wildcats.

A 6-foot-1, do-everything senior forward, Nelson has helped lead the Wildcats to a 3A Greater Spokane League title, a District 8 championship and a No. 2 seed in the state tournament. Earlier this season she signed to play college basketball for Saint Martin’s.

Mt. Spokane’s season continues on Thursday in the quarterfinals of the 3A state tournament at the Tacoma Dome. We recently caught up with Nelson and asked her six questions.

I love doing the hustle work. Defense, rebounding, getting on the floor and taking charges. On defense I try to always talk it up so my teammates know what’s happening.

What are your goals for the season?

Individual goal: To be the best leader I can be at all times for my team.

How would you describe your coach (David Pratt)?

Coach Pratt is both intense and caring. His celebration after we beat Kamiakin sums him up perfectly: he’s competitive and really cares about each of us and our team. There’s no question, he loves being the basketball coach at Mt. Spokane, and we can all see and feel that.

Who was your toughest matchup of the season?

Kamiakin was definitely the toughest matchup of our season so far. We had played them three straight years in the district championship and finally found a way to beat them. They are incredibly balanced and play hard for four quarters — it’s what makes them so good.

What is your favorite gym in state to play in?

In terms of high school gyms, Mt. Spokane — no doubt. Playing in the Spokane Arena was really memorable, too.

I’m excited to play at Saint Martin’s for Coach Christy Martin and help create a winning tradition. Before I graduate, I’d love to help win at least one GNAC Championship.