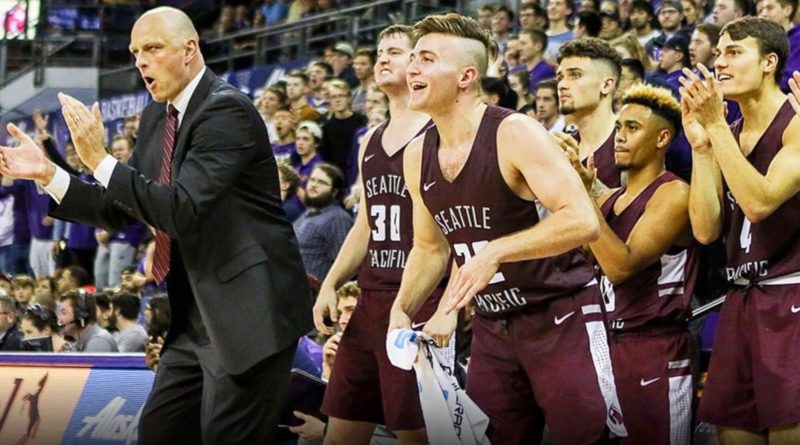 Grant Leep has found a home at Seattle Pacific.

The former Mount Vernon High School star is in his third season as the head coach at SPU, and his 10th year overall. A knockdown shooter during his playing days, Leep has the Falcons rolling this season with a 13-6 record (10-4 GNAC). They host Western Oregon Thursday night in a huge conference game.

We recently caught up with Leep, 38, to ask him about his favorite high school memories, his advice for high school players and much more.

What is your best high school memory?

Playing in three State Tournaments, finishing 2nd and 3rd.  The guys I played with in high school are some of my best friends to this day. The relationships built through my high school experience are far more valuable to  me than any particular game. We simply had a great group of guys.

What was the impact of your high school coach?

Playing for Mac Fraser at Mount Vernon set me up for everything I’ve been able to achieve in basketball. I feel extremely spoiled to have played for a coach that valued each player and relationship as much as he did. He instilled accountability and responsibility into each of us and helped us get to our personal best on and off the floor. Without his guidance and coaching, I would not have gone on to play at the level I did.

Immediately upon graduation from UW, I started coaching. I am now in my 3rd season as Head Coach at Seattle Pacific University and 10th year overall at SPU.

What is your advice to high school players?

Play hard! Work on your game if you want to get better. There’s a lot of value to just getting in the gym and working on your game by yourself or with teammates. Be willing to be coached. Good players want to be coached. Be a great teammate! Someday, the ball will stop bouncing and the lessons learned by team sports will serve you long after you’re done playing.

What is your opinion on AAU?

It gives a lot of players exposure to college coaches which is great. I also love watching and evaluating players with their high school teams, as often times, their high school coaches know them better and have coached them longer. Also roles may vary from AAU team to high school team, so it gives us as college coaches a more complete evaluation than simply watching one or the other. As many benefits as AAU provides, you still have to get in a gym and work on your game.

What is your favorite high school gym?

This is a no-brainer! The gym at Mount Vernon High School is the best in the state.