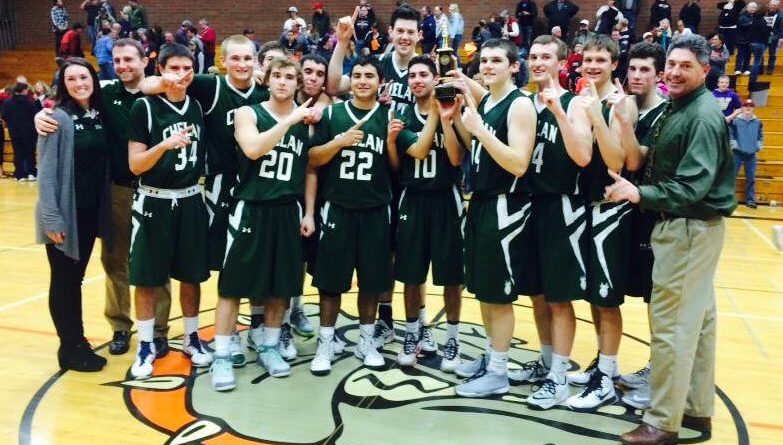 After 31 years of coaching, Joe Harris retired as the head boys basketball coach at Chelan High School in 2016. He won 516 games over his career, including the 1998 1A state championship.

Harris got his start in coaching at Bridgeport High School in 1985. He took over the Chelan program in 1991. Harris was inducted into the Washington Interscholastic Basketball Coaches Association Hall of Fame in 2011.

Harris now has more free time to watch his son, Joe, play for the Brooklyn Nets. Washington’s Mr. Basketball in 2010, Harris Jr. is in his fifth season in the NBA and enjoying his best year. Through 53 games for the Nets the 6-6 forward was averaging 13.6 points, 3.6 rebounds and 2.6 assists while shooting 47 percent from the 3-point line.

We recently caught up with Harris Sr. to ask him six questions about his coaching career:

What was your most memorable moment as a coach?

Not sure I can pinpoint one. So many memories over those 31 years. Being given a chance to be a head coach right out of college and within a couple of seasons taking that same group of players to the B tourney.

What was your biggest challenge as a high school coach?

The challenge of getting everyone — players, parents, staff and community — to believe in your mission. Today there are so many things to distract young athletes from buying into and valuing something bigger than themselves.

Who are some of your former athletes that stood out to you during your career?

Not sure I can single any one. So many of our former players stand out. I am as proud of them for their success as husbands and fathers as much as they achieved on the court. Two for sure: Phil Cullen, Chelan High School Class of 1998 (1A player of the year who went on to play at Utah); and my son, Joe Harris Jr., Chelan High School Class of 2010 (Washington’s Mr. Basketball who went on to play at Virginia and is now in the NBA with the Brooklyn Nets). They stand out as much for who they are as what they have accomplished in this game.

What was your recipe for success, and what advice would you give other coaches?

Start from the ground up. You must work the fundamentals every day with the bigger picture in mind. Don’t get yourself lost in trying to straighten the road to success.

What are some of the personal accolades you received?

Being recognized by your peers as someone who makes a difference with your teams, is hard to play against and does it the right way. The biggest accolade: my former players still calling me coach!

Who is your personal hero?

There are many that I would consider mentors, and people who have helped me through this hoop journey. One of the first people to introduce me to coaching was Dr. Jerry Krause at Eastern Washington. He instilled in me the attention to details and how the little things make a big difference. Also, I would like to mention my wife Alice who has been with me all 31 years of my coaching career. She sacrificed many things in her own personal life to raise our four children while I coached. All the while supporting my career both at home and in the gym.