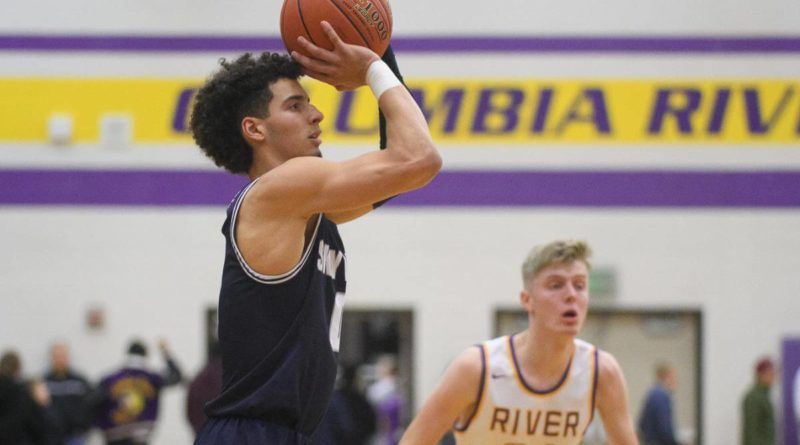 Skyview’s Alex Schumacher is one of the most complete guards in the state. The 6-2 senior can score from anywhere, and he routinely draws the toughest defensive assignment for the Storm (16-6). He was recently named the 4A Greater St. Helens co-player of the year, sharing the honor with Union’s Ethan Smith.

Skyview’s season continues Thursday night as they face Sumner at 6 p.m. at Stadium High School. We recently caught up with Schumacher and asked him seven questions:

I’m an athletic guard that can handle the ball and create my own shot whenever and can create open shots for my teammates. On the defensive end, I can rebound, and I’m looking forward to guarding the best player on the opposing team and challenging myself.

What are your goals for the season?

Team goal: Make another appearance at the Tacoma Dome and earn better than 6th place in order to make another historic memory for Skyview.

Individual goal: Make first team all-state, and help better my teammates and myself for the state tournament and to play at the collegiate level.

How would you describe your coach (Matt Gruhler)?

A very easy man to talk to (considering he’s a counselor and a father outside of basketball). He’s going to better you in every aspect, whether that’s through the game of basketball or life skills in general.

Who is your favorite player?

What was your toughest matchup of season?

We’ve had a lot of tough matchups but I would have to say Union, or South Salem (we played in the Les Schwab Invitational) because those two teams can really shoot the ball and have a really good system going.

What is your favorite gym in the state to play in?

Continue to play basketball at the next level and play professional basketball after college.