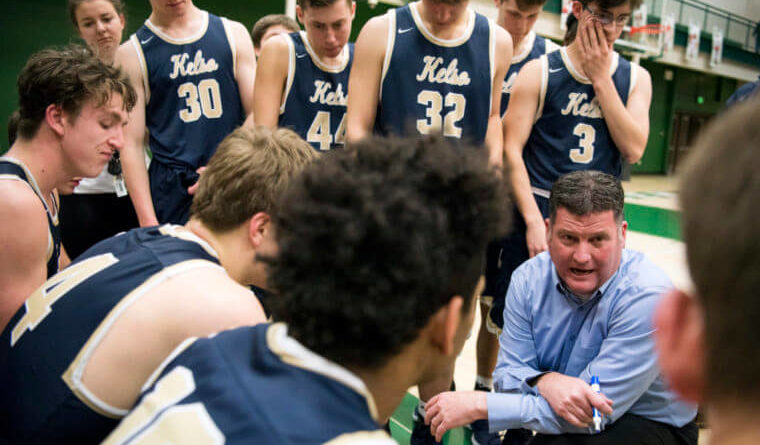 Kelso’s Joe Kinch is one of the longest-tenured high school basketball coaches in the state of Washington. In his 19th season at the helm of the Kelso boys program, Kinch has the Scotties (18-2) in position for another deep playoff run. Last year they went 22-6 and finished sixth at the 3A state tournament, their best season in 59 years.

We recently caught up with Kinch to ask him six questions:

I always enjoyed competing in sports and loved the idea of being part of a team. I also was blessed to have great high school coaches in Jeff Reinland and Ed Laulainen and played for Coach Roffler at Lower Columbia College. All three of these coaches made coaching a very appealing profession. They were all so good at what they did and how they handled players and running a program.

Joe Stewart, my uncle who coached and taught for 30 years at Kelso High school. He was a Hall of Fame track and cross country coach.

Bill Bakamus, who took me under his wing when I was a 19 years old, has been an unbelievable mentor.  He has always been available and has shared a ton of knowledge in running a high school basketball program.

Fellow coaches who are willing to share and visit, as well as the internet.

Editor’s note: Anderson, a 6-6 senior forward, was the co-MVP of the 3A Greater St. Helens League last season and has committed to play college basketball at Seattle Pacific University.

Athlete in HS/College: Played basketball at LCC for Coach Roffler and played football at EOU for Coach Christensen