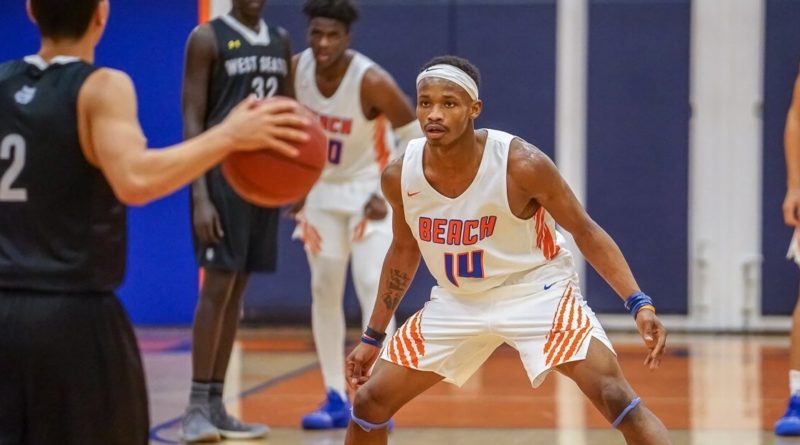 Gonzaga Prep is still No. 1, but Rainier Beach jumped all the way up to No. 7 in the final Washington Federal boys basketball power rankings of the regular season. Check out our all-classification power rankings below:

Foss heads into the playoffs in great playing form. They claimed the SPSL tournament championship which gave them the number 1 seed in the West Central District tournament. The Falcons are just a few wins away from punching their ticket to the state tournament.

The Timberwolves head into playoff time with ten straight wins and look to be carrying major momentum with them. They are a team that has slid under the radar a little bit, but carry the number 1 seed in the 4A Wes-King district tournament. Their district hands out 5 berths to the regional tournament; don’t be surprised if the Timberwolves claim one of those berths.

The Vikings have sputtered as of late and lost another tough game this past week. All is not lost though as they head to the district tournament looking to go on a run and make the state tournament. If they get hot, look out, they have a lot of talent.

The Storm dropped their season finale to the undefeated Union Titans. The Storm are still in the thick of the playoffs and look the claim one of the seven berths that their district is given. They will need to rack at least two straight wins to guarantee a berth at regionals.

The Chargers were beaten by number two Federal Way in the NPSL tournament, but they still were the number two team out of the NPSL, giving them a good chance at a berth to regionals. Look for the Chargers to keep playing through next week.

The Leopards dropped one spot this week but only because of the play from some of the teams behind them. The Leopards lone loss this year comes at the hands of the Lynden Lions, who up until last week were undefeated. It’s fair to say Zillah will challenge the Lynden Christian Lyncs for a 1A state title and have a good shot at winning it.

Winners of twelve straight, the Chieftains have separated themselves from the rest of the 2A GSHL and claimed the title. This is an important week for a team riding high, and two more wins would go a long way for their confidence. Look for them to be playing into early March.

The Cardinals fell the furthest of any team in this weeks rankings, but they are still in a great position to contend for a 2A state title. They are still one of the elite 2A teams in the state and look to prove that this week as playoffs kick off.

The Cougars have been playing some great ball and have rattled off 16 wins in a row. They claimed at least a share of the South Sound League title and locked up a first round bye at the district tournament. They are a few wins away from a regional berth and the prospects of a state berth look great for this team.

The Abes snatched the PCL title this past week and took home the league crown. They earned a first round bye at their district tournament, and are certainly one of the favorites to win the tournament. If that’s the case this team will be riding high into state.

The Fighting Irish are back to their winning ways, rattling off seven straight victories since the return of Paolo Banchero. A healthy O’Dea is as scary as any team at the 3A level. They closed out league play with two straight wins and look to be as dangerous of a team as any at the wide-open 3A level.

The Coyotes continue to roll, winning 20 straight. Lead by Gonzaga commit, Brock Ravet, who just broke the state scoring title, Kittitas looks to be the favorite for the 2B State Title. The Coyotes look ready for a deep state run.

The Vikings took the SPSL title last week and are riding high off of that momentum as playoffs begin to heat up. They are aiming to claim one of the seven regional berths that would put them in a great position for a state tournament run.

Kelso shook off the loss to Prairie a few weeks ago to rattle off three straight victories before the playoffs begin. Shaw Anderson is playing as well as anyone in the state right now and has the Hilanders in a great position moving forward. They claimed the number one seed in their district tournament and are a win away from clinching a regional berth.

The Wildcats handled business last week and have now rattled off 14 wins in a row. Lead by guard Jabe Mullins, Mount Si looks ready for the playoffs and have locked up a league title. They are the class of the KingCo league and have their sights set on a District and State Title.

The Lions suffered their first defeat of the season at the hands of rival Lynden Christian. After getting through the majority of the season unscathed, it was no surprise to see them come back to win both of their games last week. They still look to be the leader for the 2A state title.

The Crusaders took their first hit of the season, dropping their road game at Rainier Beach last week. They hoped to avenge that loss at the Metro League tournament; unfortunately the tournament was canceled due to weather, so they will have to wait to get their revenge in the playoffs. That’s a matchup we would all love to see.

Rainier Beach notched their biggest win of the season last week by beating Eastside Catholic to claim the Metro League title. After a few mid-season hiccups, this team looks like it is ready for another state championship run.

Two more victories last week saw the Bombers move up one spot. A team that has shown remarkable consistency shows no signs of letting up. 17 straight wins for the Bombers have them ready for the playoffs. Up to this point, their senior leadership has really been the tale of the season so far and that doesn’t appear to change now that playoffs are starting.

The Wildcats showed no signs of slowing down with two more blowout wins last week. Their lone loss comes at the hands of No. 1 Gonzaga Prep, and that blemish came early in the season, making them one of the most dangerous teams in the state and certainly a state title contender at the 3A level.

The Lyncs finished the regular season undefeated and will look to run the table in playoffs to cap off an incredible. It appears that the state title is their’s to lose and they show no signs of giving up their title hold. If they do that, it would be back to back state titles for this team.

The Titans capped off a perfect regular season last week. In doing so they also claimed the 4A GSHL championship and earned a number one seed in their district tournament. They have their sights set on a state championship and a perfect season.

The Eagles won their league championship last week knocking off Kentridge in decisive fashion. They are firmly in the elite tier at the 4A level with Union and Gonzaga Prep appearing to be one of the few teams that could challenge them for a state championship.

The Bullpups racked up two more wins against league foes last week. They carry their hot streak into the district tournament. Gonzaga Prep has been solid all year and have the star power to go back to the state tournament and claim back to back state titles. A rematch of Gonzaga Prep and Federal Way in the state championship is a game fans would love to see.