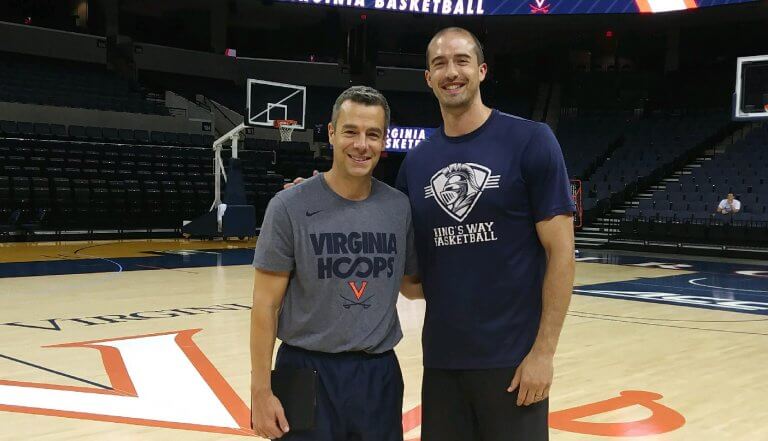 King’s Way Christian boys basketball coach Daven Harmeling knows a thing or two about “pack line” defense. As a player at Washington State from 2004 to 2009, Harmeling was immersed in the now famous man-to-man defensive philosophy of coaches Dick and Tony Bennett.

Harmeling has used everything he learned at Washington State to turn King’s Way Christian into a perennial 1A state tournament team. The Knights have advanced to the Yakima SunDome all five seasons under Harmeling, and they have a great chance to get there again this season. King’s Way (13-7, 8-2 Trico 1A) hosts Hoquiam Thursday night in a 1A District IV Tournament opener.

We recently caught up with Harmeling and asked him six questions:

I got into coaching because of my love for the game. I personally experienced how transformational a good coach can be for an athlete’s development and life off the court. After I got done playing for Coach Tony Bennett, I knew I wanted to pour into players the same way he poured into my life during my time in Pullman.

My coaching aspiration is to stay at King’s Way Christian until I lose my effectiveness.

Tony Bennett is my coaching mentor. My best coaching resource is Dick Bennett. He is the most wise man I have ever met.

Kienan Walter, currently playing at the University of North Dakota.

Best player you’ve seen and or coached against at the high school level in Washington?