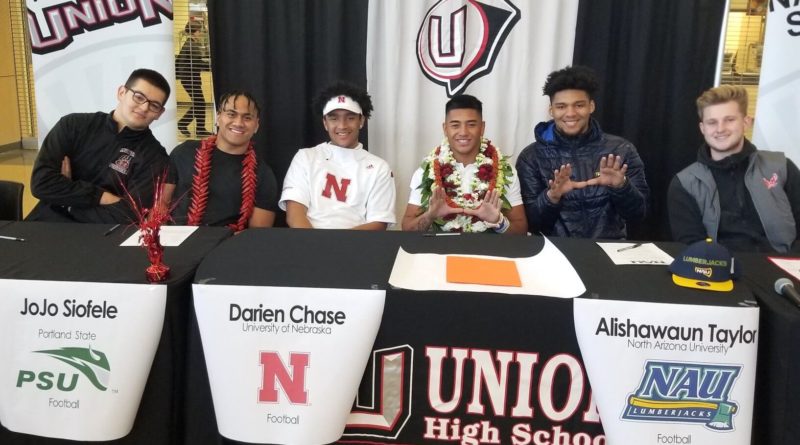 We will continue to update this list — in alphabetical order by high school — of all Washington seniors that we know who have signed. We will also include seniors who signed during the early signing period in December. If we’re missing anyone please post them in the comments or email ben@scorebooklive.com.

An Eag has landed in The Nest, from Tacoma!!!

I am happy to say that I will be committing to EOU to continue playing the game I love thank you to everyone that’s had believed in me I’m only gonna get better! #GOMOUNTIES #MOUNTUP pic.twitter.com/QThn20cFi1

A Big Arm from Enumclaw has landed in The Nest!!!

Our newest signee is another one from the Pacific Northwest and should fit in very well with our secondary. Welcome to the Hoya Football Family Daeshawn Matthews-Wayne!! #HoyaSaxa #DefendtheDistrict #NSD19 #Signed pic.twitter.com/e9Su1EDE7E

A Local Scoring Machine has Landed in the Nest!!!

Peninsula Proud of Khalif, Graham, Burke and Braeden for all they have accomplished on and off the field! We are excited to see how the next chapter reads… Way to Earn It! #11AS1™️ pic.twitter.com/Jwnx1TSDUG

Going to the Pacific Northwest for this next recruit, as Jack Diaz brings with him a STRONG tradition of winning to the Shark Tank! #BleedBlue #JoinTheHunt19 pic.twitter.com/o7HQx9Ez5U

Huge congratulations to our very own @RileyXrourke and @tyler_dejong26 for signing with @CWUFB this morning! Proud of these guys! #StormBorn pic.twitter.com/mjp21ZDeE8