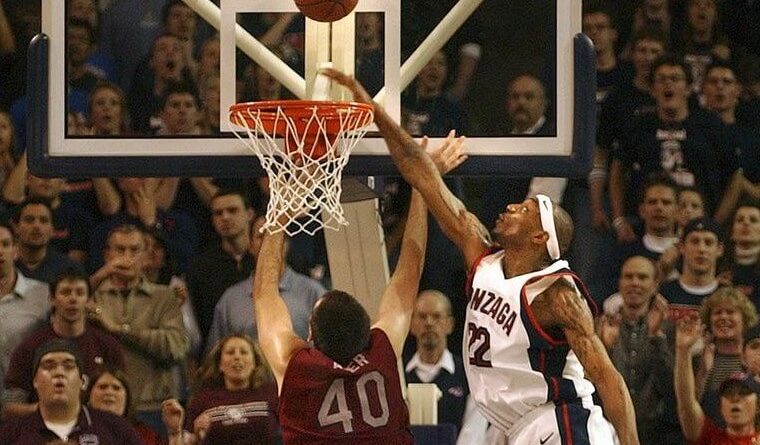 Erroll Knight was one of the best two-way players in the history of Washington high school basketball. Knight, a 6-7 guard/forward, could guard multiple positions and averaged 19.6 points, 7.0 rebounds, 2.2 assists and 1.3 steals during his senior season (2001) at Chief Sealth High School in  Seattle. He was named Washington’s Mr. Basketball in 2001 and committed to play at the University of Washington over multiple national offers, including Kansas.

After one season in a Huskies uniform, Knight transferred to Gonzaga before the 2002-03 season. He played three seasons for the Bulldogs, carving out a niche as one of the best defenders in West Coast Conference history. Knight was named the WCC Defensive Player of the Year in 2005.

We recently caught up with Knight and asked him seven questions:

Che Dawson (Highline CC) was very instrumental in my development off and on the court. More importantly, Coach Dawson taught us John Wooden’s principles in 1998.

Currently I own and operate a Stem Cell Marketing company that primarily works with MD’s & NP’s in the field of Regenerative Medicine.

The two best players I played against in high school would have to be LeBron James and Kobe Bryant at the Adidas ABCD HS All-American camp. In the state of Washington: Jamal Crawford!

Stay humble, listen, watch what you eat, get your education, and take care of your personal relationships inside and outside basketball.

My stand on AAU and high school recruiting process is that the AAU platform gives high school student athletes the ability to compete against national talent and make a name for themselves during open recruiting periods.

What is your favorite high school gym and or rivalry?

The old Lakeside High School gym was my favorite gym to play in because one of the hoops was 9’10” and I had some pretty intense dunks on that particular basket. West Seattle High School was our rival school.