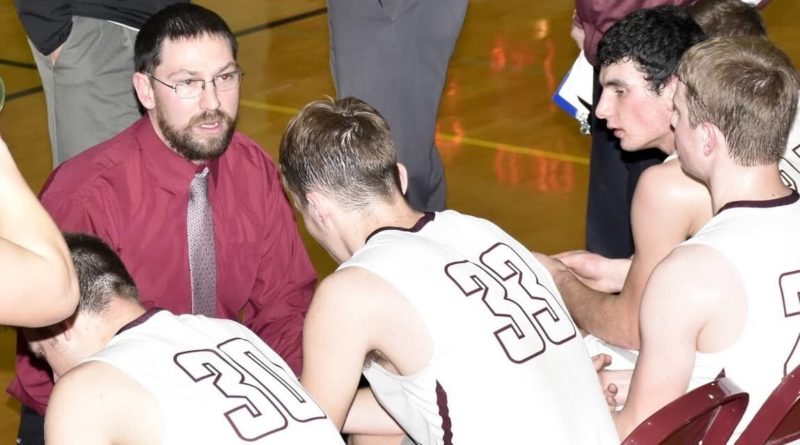 Brian Graham, who is in his seventh season as the head boys basketball coach at Reardan High School, was fortunate to spend time learning the game under Dick and Tony Bennett at Washington State. We asked Graham six questions, including his coaching aspirations:

I always admired my coaches and loved the game. When I started the Education Program in college, I also started getting involved in the coaching side of sports. I really enjoy basketball in the winter and baseball in the spring.

The reason I came to Reardan is because it is a town with rich basketball tradition that will support me building a program from the ground up. I have stayed away from large schools because you never know what is going to walk in or walk out the doors each fall. Here, I work with every kid in the elementary grades and help them build skills that help them be successful when they eventually play for me. Want to know how good we’ll be in four years? Just look at our junior high program. That’s what is great about small schools. When it’s all said and done, I hope that people look to our program and say that the Reardan teams always play hard, play the right way and are successful.

My high school coach, Mike Willis, definitely inspired me to get into coaching. During my time at Washington State, I was a head manager with the men’s basketball team, for Dick and Tony Bennett. Coach Dick focused on three things to win a game: team pack-line defense, rebounding, and not turning the ball over. Sounds simple, but trying to keep 18-year-old players from slinging a ball one handed across court is not that easy! Coach Tony was so inspiring when he talked. Every time he talked, whether it was in the locker room, in an office or on an airplane, he was positive and you believed and agreed with everything he said. Coach Tony does everything the right way and that’s why Virginia is so good every year.

My coaching staff, other coaches and basketball on TV. We are not re-inventing the wheel here; if I see something that is successful I’ll steal it and try it. Just a week ago, I watched two teams in our league play and stored a few openers to try out against the teams we played later that week.

Well, I’ve had the opportunity to have three hall of fame coaches in my league, so to get to go up against them twice a season has been great. I was able to beat Mel Ninnis of Clover Park on a buzzer-beater once. I’ve also got to coach against Gary Wusterbarth of Steilacoom and Mike Thacker of Liberty, who are great coaches. That being said, I believe that all coaches in the NE 2B South League are as good as it gets. Every night in this league is a dogfight.

I’ve coached many players with great effort and attitudes on the floor. How about favorite team I’ve coached? It would be this one. This team has played a very tough schedule, overcome a lot of adversity and are playing with great effort each night. Plus, they are great kids off the court.