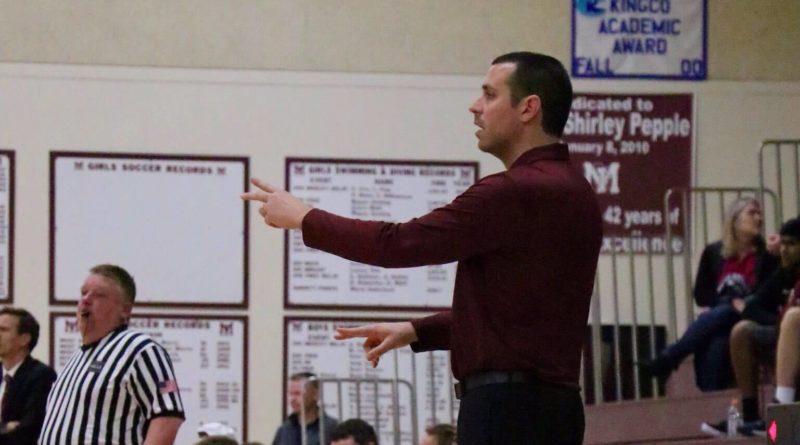 Scorebook Live’s Dan Dickau recently caught up with Mercer Island High School head boys basketball coach Gavin Cree, who played for legendary coach Ed Pepple. Cree is in his 10th season as the head coach at Mercer Island and has led the Islanders to a No. 7 ranking in the latest WIAA 3A RPI rankings.

I got into coaching as a favor to Coach Pepple after I graduated college. I wanted to give back to the program and the 8th grade select position was open. I immediately fell in love with leading young players in the game we all love. The rest is history.

I’d like to have one my former players become one of my assistant coaches. I’ve had a number of coaches come back and I want to continue to develop those who want to continue.

Ed Pepple is definitely a mentor, but I’d also say that my college coach, Charlie Katsiaficas, has had a tremendous influence on the way I see the game from a coaching perspective. “Coach Kats” was an assistant for Gregg Popovich at Pomona-Pitzer before Pop made his way to the NBA, so it’s great coaching tree to be apart of!

What is your greatest coaching resource?

I’m a big podcast listener, so I enjoy listening to “The Basketball Podcast” with Chris Oliver, a college coach in Canada. He has great guests and they really break down the X’s and O’s like other podcasts can’t do.

Who is the top coach you’ve matched x/o’s with?

Chris O’Connor, former Bellevue coach. He beat me a lot of games, but I learned a lot coaching against him that I utilize today.

This is really hard, because you could argue a number of guys, but I think Joe Rasmussen was the best high school player I coached in terms of his overall impact on the team. He was a dominant post player inside and he became a really outstanding three point shooter as well. Joe had a nice college career at SPU.

Who is the top player you’ve seen at the high school level in WA?

There are probably more talented players I’ve seen, but I think Isiah Brown from Lakeside was the best high school player I’ve seen or coached against. He ended up as the all time scoring leader in the Metro League and he was just unstoppable. We went in with a game plan to double team him and take him away and he still ended up with 30…a quiet 30. He was the most polished high school player I’ve seen.