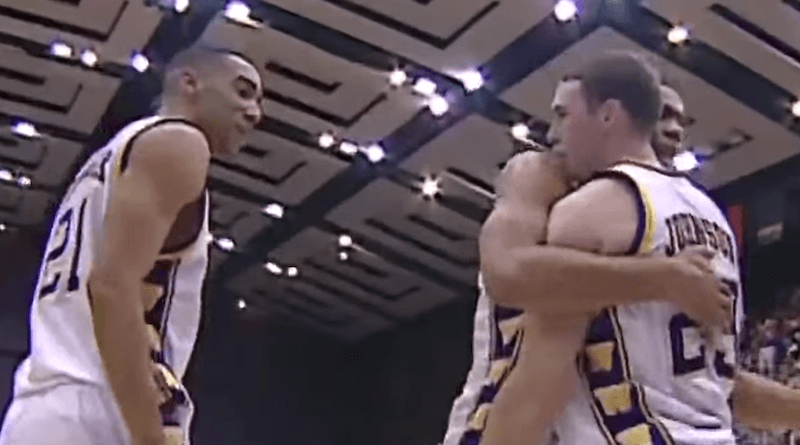 We recently caught up with former Ballard High School star Michael Johnson, Washington state’s Mr. Basketball in 1997. Johnson was a talented scorer at Ballard who averaged 27.1 points, 10.3 rebounds and 5.3 assists per game his senior season. He went on to play at the University of Washington where he was a part of two NCAA Tournament teams. We asked Johnson seven questions:

Playing in the state tournament as a freshman and as a junior.

My high school coach gave me confidence early on as a freshman, which enabled me to compete at a high level.

I’m a financial advisor at Morgan Stanley and owner of Hoopaholics.

Set high goals for yourself, and outwork everyone to achieve them.

What are your opinions about AAU, high school (recruiting process in general)?

I think it all comes down to having good coaching/mentoring. You can’t pick your high school coach and players need to do the best they can to fit into their high school systems.

When I was a freshman, the only position open on our team was a forward/center position. I saw myself more as a guard but I knew if I wanted to play, the need was at the forward position that year so that is what I worked on. I think many players get frustrated if they don’t get what they want right away and it hurts their development.

I think there is too much transferring in high school based on basketball. You have more control on who you play for in AAU and, if you are able, at the collegiate level. These decisions should come down to coaching and what system best fits your skill set, not just the biggest program name.

My favorite high school gym was playing at Garfield. Our biggest rivalry when I played was Seattle Prep.

Check out highlights from Johnson’s career at UW: