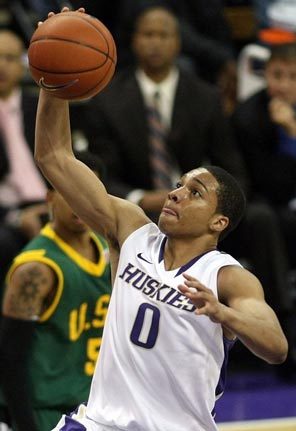 Scorebook Live’s Dan Dickau recently caught up with Abdul Gaddy. A standout at Bellarmine Prep in Tacoma, Gaddy went on to have a great career at the University of Washington and is currently playing in the NBA G-league.

Coach Bernie Salazar is one of the best coaches I had. Taught me some of the most important core values of my life such as being a great person, manners, handling school work before ball, being respectful and respecting the game, and every fundamental.

Who is the greatest player you played against in high school?

Avery Bradley. We practiced and played against each other since middle school. Best player/defender I ever went against.

What advice would you give to today’s high school players?

Do well in school. Give yourself as many options as you can. Be coachable and never waste a moment out on the court. It’s a short window in this game.

It is what it is. Just wishing all the best for the high school players and that they all get to go to college and get to play basketball at the highest level that they can. And take advantage of every opportunity.

What is your favorite high school gym and or rivalry?

It was against Foss High School because it was against most of the guys I grew up with and was always fun to compete against them and win.