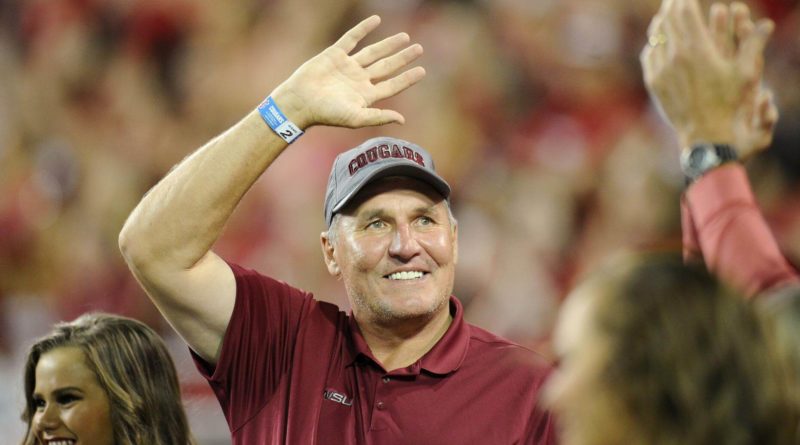 With the 2019 Super Bowl fast approaching, we thought it would be fun to reach out to a local legend who knows a little bit about the big game. Former Shadle Park High School and Washington State star quarterback, Mark Rypien, has two Super Bowl rings and was the MVP of Super Bowl XXVI. We asked Rypien nine questions, including his Super Bowl 53 prediction:

Beating Mercer Island my senior year in the 1981 AAA State Championship game before a packed house at Key Arena in Seattle. Mercer Island protested the game (by taking it to court) saying the last-second shot by Gregg Schmidt was after the buzzer, even though both referees signaled the shot was good.

Jack Robertson was my high school basketball coach and he had an incredible impact on me and our team. He held us accountable both on and off the court. He introduced a summer basketball camp at Salk Middle School and encouraged every basketball player to attend and better their skills. If not for that camp, I would have struggled and not been such a pivotal part of that State Championship team.

Right now I’m working for a timeshare company called Diamond Resorts as one of their ambassadors. I do “Events Of A Lifetime” with our timeshare owners and give them an experience they might not get somewhere else. These events consist of dinner on a Saturday, a chalk talk about football after dinner, breakfast the next morning, then bus to a Redskins game and tailgate with the fans and enjoy the game. I’m also still very active with the Rypien Foundation and giving back to our community in Spokane.

Who’s the best player you played against in high school?

The best basketball player I ever played against in high school I held to 25-30 points per game. I’m not sure what he did after high school but his name was John Stockton.

What advice would you give today’s high school players?

Don’t listen to anyone that tells you, you can’t do something. First and foremost, there’s nothing in life or in sports you can’t achieve as long as you set your mind and your goals and work hard to achieve them. John Stockton was told he was too short and too slow. Did that stop John from winning a gold medal with the USA in the Olympics and then being inducted into the NBA HOF? I have a motto:

“Show Up, Keep Up and Shut Up”

Never, ever let anyone out work you!

Never criticize your coach or teammates! Be a team player!

I believe an AAU experience of selecting players that honors their excellence is a good thing only if focused on during the off-season. If not, high school sports will become extinct and less and less kids will play organized sports!

My favorite high school gym is also the home of my favorite rivalry. I was blessed to have played most of my high school career in the old Spokane Coliseum in front of 6,000 plus on most given nights. Unfortunately, that gym was shared by all GSL schools. So my final answer is:

You were known for football but were a multi-sport star in high school. What would you tell kids about sport specialization?

I would ask them to venture out of their comfort zone and try becoming a two or three sport athlete for a year or two. If the experiment fails, take the sport you excel in and work at being the best you can.