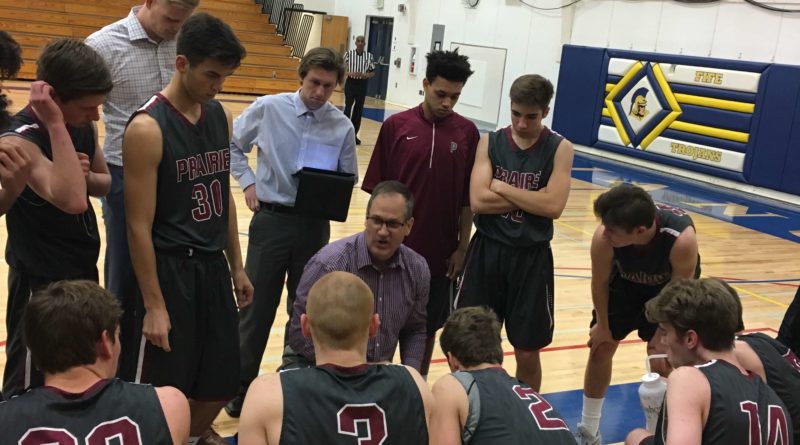 Scorebook Live’s Dan Dickau recently caught up with Kyle Brooks, head boys basketball coach at Prairie High School. Consistency is one way to describe coach Brooks and his program. You can always find them near the top of the Greater St. Helens League 3A standings and this year is no different.

Coaching career: Head coach for 19 years at Prairie, 4 years at Woodland, assistant coach for 2 years at Lake Washington and 1 year at Portland Christian

I love to compete and love the game of basketball. Wanted the opportunity to inspire athletes to grow on and off the court as a player and a person.

Coach high school basketball and support players and other young coaches along the way.

What is your greatest coaching resource?

Other coaches, watching basketball too, and attending clinics during the off-season.

Bill Bakamus at Mark Morris and Curtis Eccles at Hoquiam.

Donald Watts at Lake Washington and Dan Dickau at Prairie.