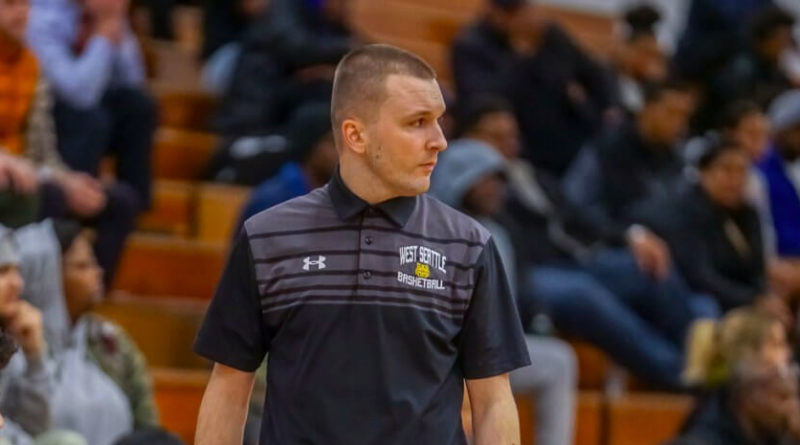 Scorebook Live’s Dan Dickau visits with Keffrey Fazio, head boys basketball coach at West Seattle High School.  A true student of the game who leaves no stone unturned, he prepares his squad leading into the stretch run of games in the Metro league and playoffs.

Athlete in high school/college: I played varsity in high school for coach Dave Reynolds, and that was the end of my illustrious career.

Coaching career: This is my 6th season as head coach at WSHS. Prior to that I was an assistant at WSHS for 4 years. I have coached in the high school ranks for a total of 13 years now.

I knew I wanted to coach when I was young. Probably in middle school. I always loved basketball. I loved to play and I loved to watch/study. I now have learned to appreciate the impact coaches can make on young people’s lives, and I am extremely grateful for that opportunity. And I would be lying if I didn’t say I love the grind, practices, and the competition.

I would like to coach college at some point.

There are many that I would consider mentors, and people who have guided/helped me, but the first person to introduce me to coaching was my mother, Karlyne Fazio. She was a very successful youth boys and girls coach. She coached many of the kids in my neighborhood, including me, and won several city championships. Also, would like to mention Doug Strauss, Jason Prouty, Donald Watts, Josh Martinez, Kasey Poirrier, Nalin Sood, Joe Harris, Tim Gaebe, Patt Fitterer, Bill Bakamus, Dave Dickson, Gary Wusterbarth, Bruce Siebol, and Tim Kelly.