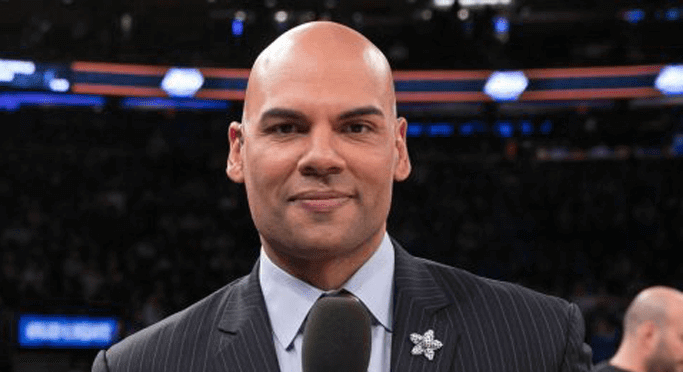 Having a career game in the State Tournament at Seattle Center Coliseum in front of “Downtown” Freddy Brown, the SuperSonics great and my idol at the time. He complimented me on having a great game. I knew I was a great player after that encounter.

Not enough room on the page to tell it all, but he taught me about work ethic and holding myself to a higher standard than people expected. Helped teach me to carry myself with pride and instilled in me the idea that every decision I make (bad or good) would reflect, not only on me but on my teammates, my city, my school, and my family. Basketball was secondary when it came to him teaching about being a leader.

I have been a basketball television broadcaster for 17 years. Now working for Fox and CBS Sports as a college basketball analyst.

Hands down, Tony Harris from Garfield HS. He was fast, tough, and could shoot the lights out. Playing against him taught me what “real” basketball was and how much I needed to work on it to be a great player like him. (R. I. P. Tony)

Don’t quit! That’s the easy way out and everyone can quit. The special ones never quit.

Only wish that the game was strictly about the kids. But some adults have made the system something it wasn’t intended for….their success and ego. I was fortunate to be coached in travel ball by Ed Pepple from Mercer Island, and he cared only about his players success on and off the floor. Not about what he could get out of it for him self materialistically or monetarily. When adult/coach egos take priority, our kids don’t learn the importance or beauty of basketball.

Loved beating Thomas Jefferson High School in Federal Way. They were never as good as us but they had a lot to say. And my uncle, brother, and cousin went there. So it was nice to beat them and have that notch in our belt, especially being in the same city.