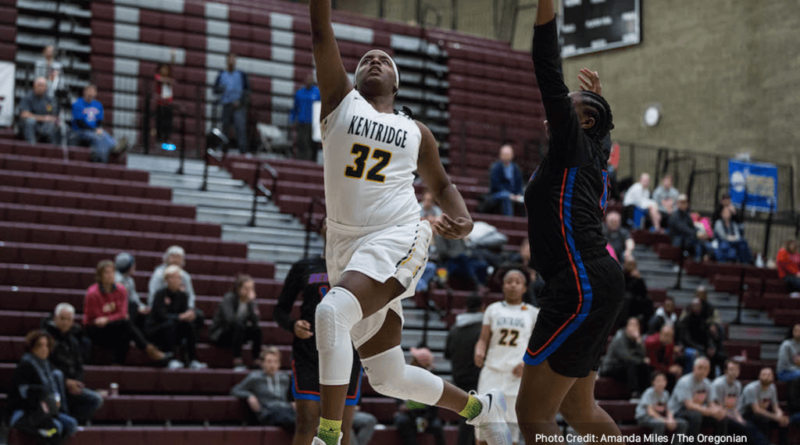 Van Lith was a member of last year’s state runner-up team and a key piece to the success at Cashmere. She is averaging 34.2 points and is one of the most highly recruited girl’s basketball players in the state of Washington. Hailey can take you off the dribble, pull up for three, and find open teammates from anywhere on the floor.

Walling is an instrumental piece of Prairie’s success and a force to be reckoned with. She is a Fresno State commit and can play both inside and outside. Night in and night out you will see Walling play at a Division 1 level and demonstrate why Prairie is a front-runner to win the 3A State Championship.

Jenkins is averaging 19.3 points and 8.8 rebounds for the Chargers. She is a 6’3” post player who is a tough guard for other post players, but can move her game outside and cause problems for other team’s position players. Not only can she score, but she defends well and is a very good passer. Jenkins is a key reason why Kentridge is the 4A front-runner trying to repeat their 2017 state championship run.

Hughes is a juggernaut who will battle for 32 minutes. Somewhat undersized at 5’9” she plays like a bigger post when she is inside, however she can stretch the defense out as well. She is averaging 21.5 points and 7.8 rebounds, which shows just how strong and tough she is for anyone to guard. She has the Falcons looking to get back to the state championship game, but things will be a little tougher now that others know about her.

Toure has been Kamiakin’s best player since her freshman year. Listed as 6’0” she can play inside with most posts, but has the all-around game to step out and score from anywhere on the floor. She is also a solid defender who can control the boards against smaller teams. Toure knows how to score and isn’t afraid to attack the rim. With her on the floor and healthy, Kamiakin has to be considered a contender in the 3A championship picture.

To see the other all-state teams click here 2nd, 3rd