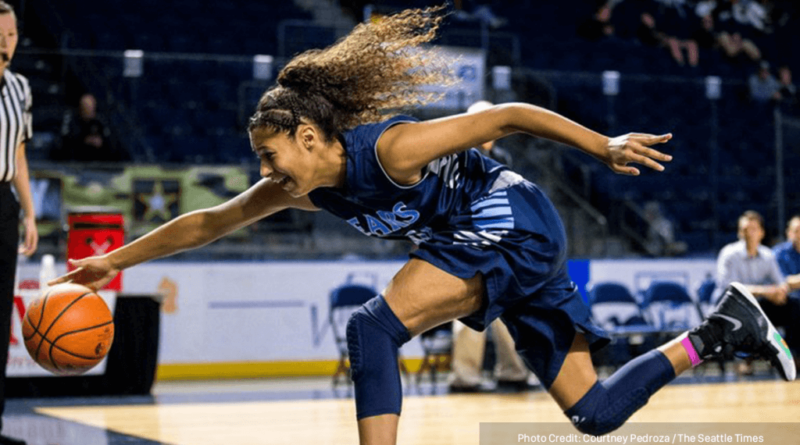 Talia is a crafty player who can score inside, outside, and pretty much whenever she  wants. Talia is averaging 32.4 pts/game, 10 reb/game, 5 asst/game, and 6 stls/game. She is a well-rounded player and at the 2B level pretty much unstoppable.

Just because you’re at a small school doesn’t mean you shouldn’t be recognized for having game. Julianna is only a 5’6” sophomore, but this girl has MAJOR game. Walker averages 37.1 pts/game, 5.5 reb/game, 6.3 asst/game, and 8.3 stl/game, showing she can do more than just score. There is a reason Annie Wright is off to a great start and most likely will make a good run at the title, especially when you add in freshman teammate Jasmyn Stone who is also averaging 20 pts/game.

Another small school girl doing big things. Maisie is a force at the 2B level averaging 25.6 pts/game and 7.9 reb/game. With a dominant player like Burnham, Liberty could make a big run at the 2B title.

Parks is a 5’7” guard who has been averaging 17 pts/game for the Storm. If the Storm are to make a run at qualifying for state Parks will have to remain consistent and rise to the call.

Whitman is averaging 15.8 pts/game and is an important piece to Central Valley returning to Tacoma in 2019 to defend their State Championship. Having had State and National exposure her junior year, along with a solid club season, she has committed to Idaho State and is an athletic and speedy Wing player playing inside for the smaller Bears.