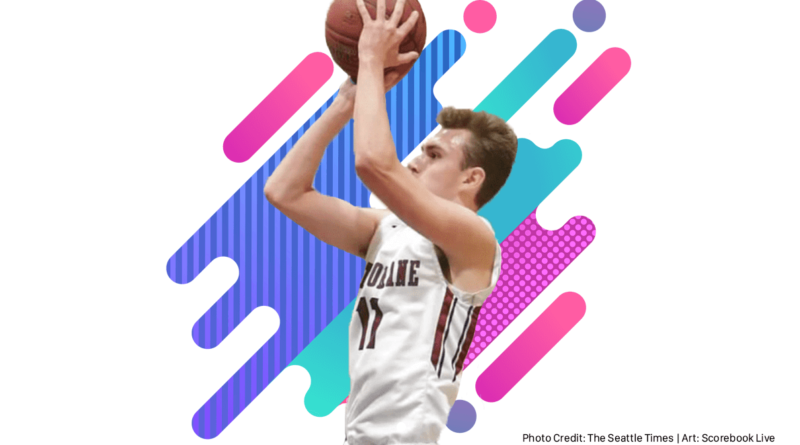 The Chieftains have rattled off six straight victories and currently find themselves seated at the top of the 2A GSHL league. Two more wins this week could go a long way in ensuring a league title. Evan Dirksen and company have been playing great basketball as they eye a league title with the potential to do some damage come tournament time.

Another 1A team that finds themselves ranked for the first time this season, the Leopards have been as dominating as any team recently. Coming off an 80-6 victory, they should be tested more this week on the road at Naches Valley before coming home to face La Salle. Both of those teams carry 5-1 records in league play, as Zillah sits at 6-0. This next week will be monumental in the crowning of a South Central league title.

Some people may be wondering how a six-loss team remains in the top 25. This Fighting Irish team might be the most talented team in the state and four of their recent losses have been without their five star do-it-all playmaker Paolo Banchero. As he gets healthy it should be no surprise to see this O’Dea team competing for a 3A state title.

La Center have proven themselves to be the cream of the crop in the 1A Tri-Co League. They are the clear frontrunners for the league title and nothing about this upcoming week should change that. Look for them to challenge Lynden-Christian for a 1A state title.

The Stags continue to win. Much like the Kittitas team, you can’t fault them for their less than intimidating schedule, as they have dismissed their opponents in impressive fashion. With the meat of their league schedule approaching, we should get a good idea of where this team stands and how much noise they can make come playoff time.

After two impressive victories to start the week, the Chargers dropped a tough road game to Mt. Rainier. The Chargers fell five spots in this week’s rankings, but have a good opportunity to rise with a couple of big matchups in the NPSL this week.

Another week goes by of winning basketball for the Cardinals who now find themselves at 15-0. They are making a statement at the 2A level as a team that should challenge Lynden for a state title. Their schedule has offered little resistance so far, but look for them to keep climbing up the rankings as the season moves forward.

After a tough loss against league opponent Mercer Island, the Wolverines bounced back with a grind it out victory over the Juanita Rebels. Only a half game back from Mercer Island in the KingCo standings, all signs point to a league champion being crowned when those two face off at the beginning of February.

Kittitas continues to impress each week with blowout wins against their league opponents. Hailing from the “B” ranks of Washington basketball, you can’t fault them for beating who is on their schedule. They have shown that they are a class above the rest of their league as they have dominated their opponents. That shouldn’t change any time soon.

After a head-scratching loss to Prairie two weeks prior, the Storm came back in a thunderous way beating two talented inter-league teams this past week. With a monumental matchup looming this week vs. the No. 4 Union Titans, look for Alex Schumacher and the Storm to notch a marquee win that would put them in the driver’s seat for a 4A GSHL title.

A team as hot as any in the state right now, it’s no surprise to see the Tomahawks climbing in this week’s power rankings. Washington signee Raequan Battle has been a catalyst for this team’s turnaround. They should be favored in their remaining games and the Tomahawks look like a team that no one would want to face come playoff time.

After a disappointing week that was emphasized by a brutal home loss to the Sumner Spartans, the Vikings fell five spots when they could have leapt right back into the SPSL title discussion. They look to bounce back in a huge way this week as they face Puyallup and Olympia, the two teams that currently sit above them in the standings.

After a huge week that was highlighted by two PCL unbeatens Wilson and Lincoln squaring off, the Abes came out on top and put themselves in the drivers seat for the PCL league title. They face a tough mid week test against Spanaway Lake and a win in that game could lead to separation from the rest of the pack. Julien Simon has been dynamite for a team with high aspirations come playoff time.

After a surprising road loss to Sumner to begin the week, the Vikings bounced back in a big way rattling off a win against Bellarmine Prep that was followed up by a win in a pivotal game in SPSL 4A title race against the Bears of Olympia. After dropping four spots due to their early week loss, the Vikings look to be righting the ship and have huge matchup on the road at Curtis this Thursday night.

After winning a tough road game against the pesky Evergreen Plainsmen, the Hilanders destroyed Fort Vancouver in a game that was over about as quickly as it began. They have impressive victories over No. 13 Lincoln and a lopsided win over Battle Ground. Senior wing Shaw Anderson has been outstanding on a team that continues to fly under the radar.

Three victories this past week have moved the Wildcats into the top 10. After a victory over Bothell and a surprising home test against Eastlake, the Wildcats handled the second ranked team in the KingCo league, Inglemoor. They appear to be the class of the KingCo league and have their sights set on a League and State Title.

Another week of great basketball was on display after the Bombers crushed inter-league foes Southridge and Hanford. Their slate gets tougher as they battle against the top of the Mid-Columbia this week in what should be a telling sign of what this team is really made of. Up to this point their senior leadership has really been the tale of the season so far.

One of the few remaining unbeatens in the state at 14-0, the Lyncs have dominated their opponents with 11 of their 14 wins being by double digits. They find themselves at No. 8 because they have lacked opportunities for big wins that the teams ahead of them enjoyed in the first half of the season. They have three more games before a crosstown matchup between No. 5 Lynden in what is shaping up to be the best game of the year to date.

The Wildcats have proven themselves to be the class of the 3A GSL level this season beating up on their competition. With league play in full swing they have showed no signs of letting up. That should remain the same this week with two league games against inferior opponents.

Rainier beach drops two spots this week after handling a pesky Garfield squad on the road. What may seem like an unfair ranking can only be attributed to the dominance of the teams ahead of them.  The Vikings have four very winnable games on their schedule before a big time match-up at home against Eastside Catholic which should determine the Metro League champs.

Lynden remains the favorite for a 2A title and after a good week last week nothing appears to be changing on that front. With 14 straight wins, including blowout wins over No. 15 Marysville-Pilchuk and No. 23 O’Dea, Head Coach Brian Roper and the Lions are simply head and shoulders above everyone else at the 2A level. After dismantling Burlington-Edison on the 10th, they shouldn’t have any problems with Squalicum and Nooksack Valley this week.

The Titans are in the midst of their toughest stretch of the year that is highlighted by four straight road games. After easily handling the first two of this stretch the Titans have moved up two places to the four spot.  The Titans will now be tasked with the latter two games of this stretch at Camas and Skyview which could determine the GSHL title, but for now they look unstoppable.

The Crusaders needed two overtimes to take down an injured O’Dea squad in what might be the game of the year so far.  Despite winning both games last week the Crusaders fell one spot to No. 3, but that is only because their schedule hasn’t been very challenging so far, not because of their play.  We will know the true strength of this team after a huge game against Rainier Beach at the end of the month.

Two more victories the prior week combined with a difficult strength of schedule have propelled the Bullpups to No. 2 in this week’s rankings. Head Coach Matty McIntyre’s Gonzaga Prep team has racked up quality wins against Mt. Spokane, Modesto Christian (Modesto, CA), and Lake Oswego (Lake Oswego, OR). Gonzaga signee Anton Watson has been the leader of the charge in the Bullpups recent run of success.

Federal way maintains their No. 1 ranking with three more victories this past week. Their lone loss to California powerhouse Rancho Christian and wins over Bishop O’Dowd (Oakland, CA), Chino Hills (Chino Hills, CA), and Sheldon (Sacramento, CA) have built them a strong enough resume to remain at No. 1. Potential national player of the year Jaden McDaniels and Co. show no signs of slowing down after another dominant week.