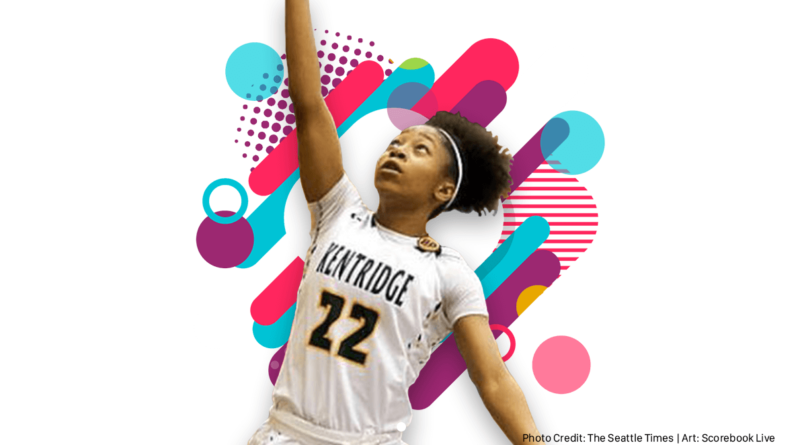 With only two losses to No. 22 East Valley and Davenport, the Wildcats are certainly proving they belong in the state conversation, regardless of level. Dakota Patchen and Jordan Moehrie are putting together impressive campaigns in their own right as well.

Liv Tjdeljer, Keylie Hershey, and Ruby Vanderhaak are leading Lynden to yet another impressive season. The Lions are sitting at 10-2 are will be a fashionable pick to run the table all the way to a 2A state title.

The Bantams are undefeated on the season with a perfect 11-0 record with a big win came over No. 22 East Valley. Ashlynn Wallace leads a talented roster that should make Clarkston a tough out in the playoffs.

East Valley was one of the biggest surprises in the first half, with the only blemish on their 11-1 record on the road at the hands of No. 23 Clarkston. Genesis Wilkinson and Brie Holecek have the Knights rolling in league play.

A WESCO loss to Arlington will make the Scots league outlook a little cloudy, but a 9-1 start to the season means that this team is for real.

The Vikings look to continue their hot 11-2 start with three games this week. Their losses to No. 4 Woodinville and No. 16 Eastlake are hardly a reason to think this team doesn’t have what it takes to compete for a state title. Jenna Troy, and Lucy Young form one of the most talented cores in Washington.

All-world guard Hailey van Lith and the 11-2 Bulldogs are another team whose only two losses aren’t really a negative as much as a missed opportunity. No. 3 Mt. Spokane and No. 15 La Salle are formidable for any opponent, especially one relying on a sophomore to carry them. We expect the Bulldogs to continue to improve and be in the thick of it come playoff time.

Molly Moffitt and the Panthers are off to a strong 10-2 start with one of their losses coming to No. 9 Garfield. They have two more chances to pick up good Metro League wins this week against Cleveland and Eastside Catholic.

With their only three losses coming to No. 3 Mt. Spokane, No. 8 Lewis & Clark, and No. 11 Central Valley, the Titans have been nothing short of impressive. Ellie Boni, Tyler McCliment-Call, and Kinsley Barrington have their sights set on a chance at a GSL title and beyond.

The Wolves have followed up an impressive 2017-18 campaign with a 10-3 start, with their only losses coming to No. 1 Kentridge and two out of state teams. Mae Bryant, Keeli Burton, and Hayley Huard will look to take down No. 4 Woodinville on Wednesday. A win there would be huge for Eastlake and give us a better idea of what their ceiling really is.

The Lightning have been dominant over the first half, with an unblemished 11-0 record. With an impressive 47-45 win over No. 19 Cashmere, is an undefeated season in the works? La Salle is led by Trista Hull, and Tatiana White.

With a 9-2 record, the Lions are off to a great start. The loss to No. 1 Kentridge is obviously forgivable, and Reyelle Frazier and Ciara Gatpatan have Bellarmine Prep in a great position as the playoff picture begins to unfold.

The Wildcats have been almost perfect this year, losing only to No. 10 Lynden Christian. Emily Rodabaugh and Archbishop Murphy have a good shot to run the table the rest of the way.

Megan Fiso and the Wildcats are off to a tremendous 9-1 start. Only No. 9 Garfield has been able to slow their momentum, and the Metro League will offer only a couple more chances for good wins the rest of the way. Don’t be surprised if West Seattle is challenging Garfield for a league title in a few weeks.

The Bears have followed up a historic 2017-18 season – in which they not only won a state title, but also took home the Dick’s National championship trophy –  with a 9-2 start and a chance at another GSL title. This time around the Bears have some competition, already dropping games to No. 8 Lewis & Clark and No. 3 Mt. Spokane. Tomekia Whitman, Camryn Skaife, and Madi Simmelink are still a good bet to have Central Valley right back at the top once it’s all said and done.

Riley Dykstra, and Isabella Hernandez have followed up a state title in 2017-18 with a perfect start to 2018-19, rattling off twelve straight wins. The remaining schedule doesn’t present many opportunities for their momentum to slow down either. The Lyncs are not only the favorite to win another 1A state title, they might have the best chance at an undefeated season of any team on this list.

The Bulldogs are looking like the team to beat in Metro. Dalaya Daniels has led Garfield to an 11-2 start, with the only two losses coming to out of state team. West Seattle is looming, but the Bulldogs own the Metro League until proven otherwise.

Lewis & Clark is firmly in the conversation in a loaded Greater Spokane League after a stellar 10-2 start. Their only losses came against tough opponents No. 3 Mt. Spokane and No. 5 Glacier Peak. Jacinta Buckley is a force down low and a matchup nightmare for opponents. Kaylee Bishop, and Dominique Arquette round out one of the most talented cores in the state.

The Storm look to continue their blistering 12-1 start, with the only loss coming against Lake City (Coeur d’Alene, ID). Their only loss came at the hands of Lake City from Idaho. Also if you haven’t seen Jazz Parks play, we recommend you do that ASAP.

The Braves are undefeated with an impressive 11-0 record thus far. Outside of Lynden Christian, this might be the team with the best chance to run the table in 2018-19. We knew Oumou Toure was one of the best players in the state coming into the season, and now it’s pretty much a fact.

No. 2 Prairie has been the only team that has been able to figure out how to stop the Grizzlies so far. Their other ten opponents weren’t so lucky. Haley Grambo and a strong supporting cast make Glacier Peak a scary match up.

The Falcons are once again one of the best teams in the state. They have a huge game at No. 16 Eastlake on Wednesday night that has the chance to reshape the league picture. Similar to No. 2 Prairie, their only loss is to California power Archbishop Mitty (San Jose, CA). Woodinville has one of the best top-three’s in the state with Mia Hughes, Madison Dubois, and Veronica Sheffey.

The Wildcats have emerged as the class of Spokane, boasting an impressive 12-0 record with big wins over No. 8 Lewis & Clark and No. 11 Central Valley. And speaking of top threes, Aspyn Adams, Niveya Henley, and Jayda Noble are challenging Kentridge’s trio for the top spot.

The Falcons can certainly relate to Woodinville after their loss Archbishop Mitty (San Jose, CA). This team might have more talent top to bottom than any other team in the state with Brooke Walling, Cassidy Gardner, and Haley Reed leading a strong supporting cast.

With the only loss at the hands of Sierra Canyon (Chatsworth, CA), the Chargers might be one of the best teams in the country after an 11-1 start. Kentridge is led by a group in Jordyn Jenkins, JaQuaya Miller, and Daylani Ballena that can matchup with anyone, anywhere.