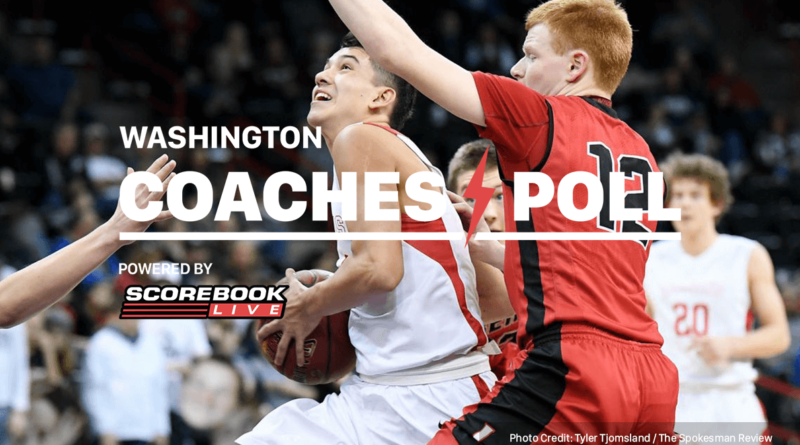 For the last month, we’ve been polling coaches from around the state to get a definitive picture of the Washington hoops landscape this season. This poll was conducted before the season began, so some teams listed below may be moving up, down, or out by the time we release our second poll. But coming into the 2018-19 season, here’s who the coaches pick as the top teams at the B level:

The Vikings have already taken down two teams on this list, so they will probably have a legitimate case to be at least a few spots higher the next time these rankings are released.  Their December 28 matchup against Adna in the Jack Q. Pearson Holiday Tournament will be another good test before the new year.

With the exception of a lopsided loss to No. 1 St. George’s, have been excellent at closing out games. Of their six victories so far, it’s the close one’s that impress us the most. The Bulldogs just have a knack for winning.

Adna has continued to build on their 24-3 record and third place finish in the 2017-18 campaign this season with a 5-1 start. We’ll have a better idea of the Pirates’ ceiling after their December 28 showdown with Willapa Valley.

No team on this list has played more close games than the Lancers, which might explain the up and down start to their season. Their three losses have come by an average of 4.7 points, so it’s not unreasonable to assume that they are due for some better luck the rest of the way.

Their slip-up at Toutle Lake on December 11 notwithstanding, the Indians have played at a consistently high level in the early going, with only two of their wins by less than 19 points. It gets a little more challenging over the next few weeks though, with games against Ilwaco, Kittitas, and Adna.

Head Coach Aaron Spuler’s Crusaders have dropped two straight (albeit against Liberty and St. George’s) after starting off the 2018-19 campaign with five straight wins. Their January matchups with Colfax and St. George’s will give us a better idea of what kind of team Northwest Christian will be come playoff time.

Despite their 6-2 start, the Fishermen still have a lot to prove. They’ve dropped both of their games against high-level competition (an overtime loss to Northwest Christian and a 15 point loss to Willapa Valley), and won’t have many more chances to prove themselves against playoff contenders over the next couple months.

Brewster is another team that needs a win against a good team but doesn’t have many more opportunities to get one. They’ll need to play close to perfect the rest of the way in the absence of good wins, but like Ilwaco, this team will be tough to beat in the playoffs regardless of what their résumé looks like.

St. George’s made the most of their rematch with the 2017-18 2B champs, taking down the Coyotes 75-66 at the end of November. Despite that loss though, the Coyotes have looked nearly unbeatable, picking up seven wins by an average of more than 35 points, and Brock Ravet just continues to make it look easy.

St. George’s has officially established themselves as the team to beat, after taking down Kittitas early in the season. Erik Farias and Co. are for real, and they might have a better chance than any team in the state to be undefeated when it’s all said and done.