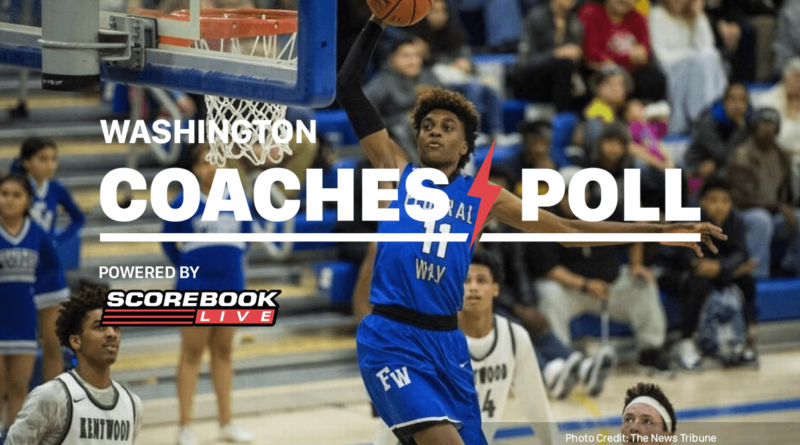 For the last month, we’ve been polling coaches from around the state to get a definitive picture of the Washington hoops landscape this season. This poll was conducted before the season began, so some teams listed below may be moving up, down, or out by the time we release our second poll. But coming into the 2018-19 season, here’s who the coaches pick as the top teams at the 4A level:

Bellarmine Prep came into 2018-19 with a young and talented core with high expectations. Unfortunately for the Lions, the last couple weeks have been full of missed opportunities, starting the season 0-4. They look to get back on track Friday at Graham-Kapowsin.

The 2017 4A Hardwood Classic champs have started off the 2018-19 campaign a bit erratically to say the least. Sitting at 3-3, the Conquerors just haven’t been able to find the level of consistency that has made them a powerhouse in the state. This Kentwood team is loaded with talent and we think it’s a safe bet to assume they’ll get it figured out sooner rather than later.

Junior guards Jabe Mullins and Tyler Patterson are without a doubt one of the most formidable backcourts in the state, and the duo accounts for 57% of the Wildcats scoring. Skyline and Woodinville will be big obstacles to a league title, but don’t be surprised if Mount Si is the last team standing in February.

A pair of close losses (including one to Mount Si) are probably a better indicator of where Lewis & Clark is at than the dismal 21-point loss they put up against University on December 4. Griffin Effenberger leads one of the most experienced rosters in the state and should help the Tigers be in the GSL title hunt at the end of January.

Union probably has the biggest case to make to move up in these rankings next week, starting the season off with seven straight wins, including over Kentwood and West Seattle. If coaches around Washington were underestimating Mount Si before the season started, they definitely aren’t now. Expect the Titans to be in the top five next time you hear from us.

Matt Gruhler and co. are playing well leading up to the gauntlet their about to face at the end of December, when they will play West Seattle before heading to the Les Schwab Invitational in Portland where they’ll take on Oregon powerhouse West Linn in the opening game. As a side note, we’ll be shocked if Alex Schumacher doesn’t have multiple Division 1 offers by the end of the season.

Head Coach Tim Kelly’s Vikings are tough to beat once again, which isn’t a surprise at all if you didn’t already know. Their lone loss came at Puyallup, who already had more size than probably any team in the state even before they added star California transfer Kendall Munson this week. Next week’s trip to California for the Mission Prep Christmas Classic will be a great test for Curtis, with their first two games against Redondo Union (CA) and Alemany (CA).

Aside from a pair of losses in Utah (including a lopsided contest against a star-studded Wasatch Academy (UT) team) in the Vivint Great Western Shootout, the Bombers look again to be one of the best teams in Washington. Their December 22nd game against Jefferson (OR) will be one you don’t want to miss, and should be a good indicator of whether Richland is for real.

Despite being voted by our state-wide Coaches Panel as the top team in Washington, the Bullpups are sitting at No. 2 in the 4A Coaches Poll. Prep mostly took care of business during their trip to Arizona, dismantling one of Northern California’s top teams in Modesto Christian before dropping a two-point heartbreaker to Bishop Gorman (thanks in part to a handful of missed free throws in the last two minutes). If the Bullpups proved anything last week, though, it’s that they are legitimately one of the top teams in the country.

At this point, Federal Way might just be getting bored winning all of their games by an average of 45 points. The Tarkanian Classic in Las Vegas before Christmas will be a different story, but expect the beatdowns to continue when they get back in town.