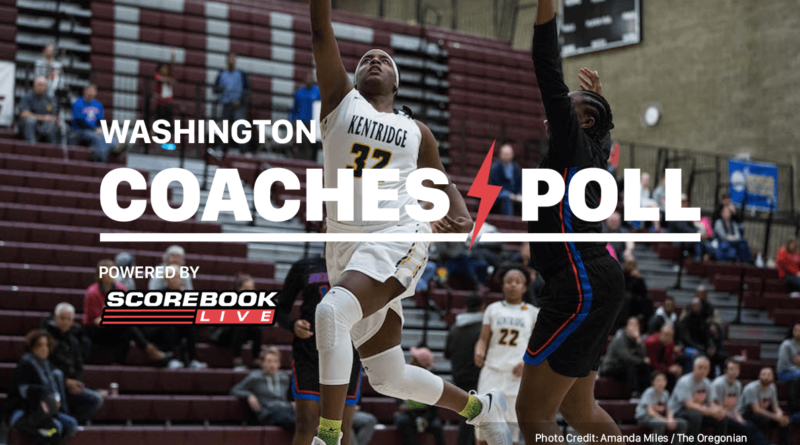 For the last month, we’ve been polling coaches from around the state to get a definitive picture of the Washington hoops landscape this season. This poll was conducted before the season began, so some teams listed below may be moving up, down, or out by the time we release our second poll. But coming into the 2018-19 season, here’s who the coaches pick as the top teams at the 4A level:

The Titans’ season ended early on in the 2018 Hardwood Classic, but despite an uneven start to December, this year’s squad is loaded with talent and will compete for a GSHL title in 2018-19.

Chiawana’s impressive 2017-18 campaign was stopped short after a loss to a talented University team in the District 8 playoffs. The Riverhawks only lost one player to graduation and we expect they’ll build on last year and then some.

The 2014-15 season was a historic one for the Bullpups. They rolled through Washington competition on their way to an undefeated regular season, and didn’t slow down until a one point loss to Miami Country Day in the Dick’s Nationals semifinal game. Since then, it’s been a different story, as the Gonzaga Prep has endured three-straight disappointing seasons. Mike Arte and crew look to get back on track in 2018-19 and should have the talent to do it.

Speaking of historic seasons, Central Valley had one of those in 2017-18, too. And if you’re thinking that last year’s Bears were the most dominant team in the history of Washington high school sports, you probably wouldn’t be wrong. Now, Lexie and Lacie Hull are balling at Stanford and Head Coach Freddie Rehkow has retired, giving this edition of Central Valley a much different look than it had eight months ago. Still, Tomekia Whitman has tons of talent and the Bears should be able to capitalize on the experience gained from being the best team in the nation not so long ago.

After a hot start to the season, December has been a lot less enjoyable for Head Coach Ray Schill, as the Titans have dropped three straight. We’re giving them the benefit of the doubt here because of the amount of talent on the roster. Elli Boni spent time with the under-17 USA Basketball team last spring and continues to improve while Kinsley Barrington is a force in her own right. Throw in the arrival of twin guards Tyler and Jackson McCliment-Call from Post Falls and you have a roster that can match up with any in the state.

With the exception of a disappointing finish to the Hardwood Classic, Eastlake put together one of the most impressive seasons of any team in the state last year. Luckily for the Wolves, a December trip to San Diego for the SoCal Holiday Prep Classic will give them a chance to test themselves against some tough out-of-state competition. Perhaps more importantly, it also means they only have to face Woodinville once this year, which might come as a relief after the Falcons were responsible for three of Eastlake’s four losses in 2017-18.

If not for the dominance of Central Valley, the Chiefs arguably would have been the most dominant team in Washington in 2017-18. The loss of standout guard Jamie Loera and a strong supporting cast of seniors will bring with it some growing pains early-on this season, but we expect Moses Lake to be in the conversation come playoff time.

UNLV-bound Jacinta Buckley might be one of the toughest matchups in the state and she leads a talented and experienced Tigers team into a 2018-19 season where they will be one of the favorites to take home a 4A state title. Watch out for seniors Dominique Arquette and Kaylee Bishop to improve their stock this season, too.

If Woodinville’s run to the 4A title game last season came as a surprise to you, you should ask Eastlake what they though of the Falcons. Sophomore Mia Hughes is even better this year, which is probably already giving KingCo coaches nightmares on a weekly basis. And if that hasn’t scared them, just wait until they have to figure out how to stop Veronica Sheffey. Just don’t mention the fact that she’s only a freshman.

The Chargers probably have the most talented “top three” of any team in the state, with senior forward Jaquaya Miller and juniors Jordyn Jenkins and Daylani Ballena. We expect them to be one of the favorites for a state title come February, and the early results, including a 27-point win over Eastlake certainly help their case.