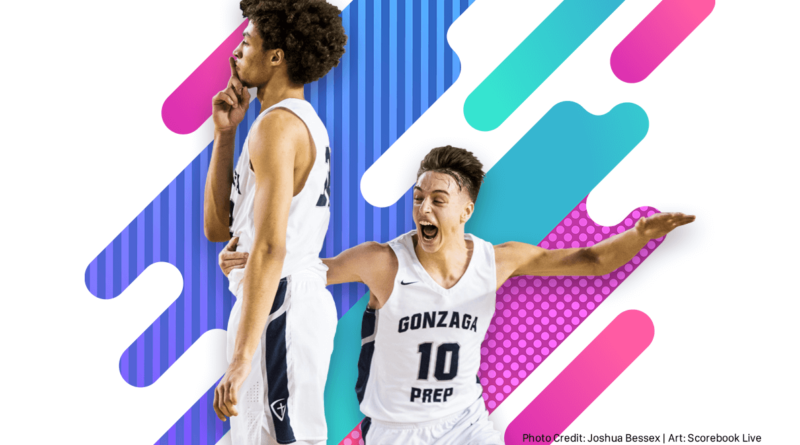 For the last month, we’ve been polling coaches from around the state to get a definitive picture of the Washington hoops landscape this season. This poll was conducted before the season began, so some teams listed below may be moving up, down, or out by the time we release our second poll. But coming into the 2018-19 season, here’s who the coaches pick as the top teams in the state:

The Titans have recovered from the disappointing end to their 2017-18 season when they were bounced from the 4A Hardwood Classic in the play-in game against Kamiak, rattling off six straight wins to start the 2018-19 season. Their 20-7 campaign included a pair of impressive wins over Skyview and a February win over Curtis – efforts that Union has sustained in the early going this season.

If last year’s 23-6 campaign, and fourth-place finish in the 4A Hardwood Classic was any indication, the Hornets are primed to build on that success in 2018-19. Sophomore guard Peter Erickson has continued to develop and projects to be one of the best underclassmen in Washington.

Alex Schumacher and the Storm started off last season on fire, winning their first 17 games before dropping a heartbreaker at Union at the end of January (Union would give them loss #2 nine days later). Although the first and second halves of their season told very different stories, Skyview established themself as a major player in Washington in 2017-18, and Schumaker will look to guide a young supporting cast to even greater heights this season.

An experienced Lincoln squad racked up a 26-2 record in 2017-18, even after the transfer of standout guard Trevante Anderson. The new-look Abes are primed to pick up where last season’s team left off, led by sophomore Julien Simon. If you missed our final football rankings earlier, you might not know how good of an athlete sophomore Julien Simon is (hint: he’s a really good athlete).

An uneven start to the season is to be expected when you’re forced to replace 86% of your team’s scoring from a year ago. The losses of Cameron Tyson, Jake Medjo, Da’Vicious Wilson, and Jordan Potts to graduation will make this season one of the biggest challenges of Head Coach Ron Bollinger’s career. We suspect he’s up to the task.

If you didn’t know already, Kelso proved they were for real after knocking off O’Dea in the 3A Hardwood Classic in March. Shaw Anderson leads an experienced team that has started off the 2018-19 season 4-0 with an average win margin of 15 points.

Aside from an impressive showing in the Torrey Pines Holiday Classic in San Diego, the 2017-18 campaign was a disappointing one for Craig Jackson. Finding themselves in the middle of the pack in the always-competitive Metro League, Franklin just couldn’t seem to get over the hump – taking care of the bottom half of the league and losing close game after close game to the teams at the top. With an influx of young talent and the return of Allen Fordham and Maurice Barnett (who is averaging more than 30 points per game already), the Quakers are for real this year.

Most programs would take a 19-5 season in a heartbeat. Bellevue isn’t most programs. After a putrid showing in the Sea-King District Tournament, the Wolverines found themselves on the wrong side of the state playoff picture, and were forced to sit out the Hardwood Classic. New Head Coach Sam Fein takes the reins in 2018-19 and will be helped by an experienced roster that expects to be back at the top.

The Pirates probably wish they could take a mulligan on their last four games. They finished an otherwise successful 2017-18 campaign with consecutive losses, getting bounced by both Richland and Curtis to put an early end to a season they had high hopes for. This season hasn’t been kind to them either, dropping their first three games by an average of 31 points before picking up their first win over Moses Lake. They will need to turn it around fast if they want to right the ship.

We’ll chalk Mount Si’s uneven performance last year up to inexperience. Now, the Wildcats have officially arrived. Juniors Jabe Mullins and Tyler Patterson, and senior Brett Williams make up a talented core, and it also doesn’t hurt that freshman Bennett O’Connor has been able to contribute right away as a freshman.

St. George’s might have something to say about being left out of these rankings after their win over Kittitas on November 30, but we’re giving the Coyotes the benefit of the doubt after their ridiculous 26-1 season in 2017-18. Gonzaga-bound sharpshooter Brock Ravet and talented sophomore Trayden Wilson are a good bet to help Kittitas hang another championship banner this season.

Anacortes and Davis both possess weirdly similar resumes over their last four or five games. The Seahawks stellar 20-3 campaign was cut short after consecutive losses to end the season as well as their state playoff hopes. Since then, they’ve failed to regain the traction they had through most of last year, dropping their first four games by an average of 22.5 points. There is an abundance of talent on the roster though, and Head Coach Brett Senff is a proven winner. It’s only a matter of time until this team starts gelling.

Washington-bound guard RaeQuan Battle is too good for his team to miss the state tournament two years in a row… right? The Tomahawks are young and talented, with Battle as the only senior. Expect some growing pains early on, but our money is on this team making some waves come playoff time.

David Wagenblast’s Mt. Spokane Wildcats are trending up. The only thing preventing them from being the “team to beat” in Spokane is Gonzaga Prep. Fortunately for the Wildcats, they got their game against Goliath out of the way early (albeit a 20 point smackdown), and they should be the favorites in every regular season game left on their schedule. Senior Jerry Twenge will play at the next level, and we wouldn’t be surprised if sophomore Tyson Degenhart is in the conversation for state player of the year by the time he’s a senior.

Foss was impressive last year, with a talented roster and a fifth-place showing in the 2A Hardwood Classic. Senior guard Micah Pollard is legit, and the Falcons are primed to build on last year’s success. Let’s just never talk about that 35-73 loss to Eastside Catholic again.

Anytime you lose a 7’3″ center and a talented senior class to graduation, there are some growing pains to be expected. We’d give Richland the benefit of the doubt if they needed some time to sort things out, but after a 56-point win in their opener over Southridge, it’s safe to say they’re doing just fine. The Bombers struggled during their trip to Utah against national-level competition but again, growing pains are to be expected.

An uneven 2017-18 season has given the Vikings a lot to build on. Zack Paulsen leads a talented and experienced team with high expectations this season, and if the early results are any indication, they will be a team no one wants to face in late February.

Want our pick for the 2021 state championship? It’s these guys. In the meantime, sophomores Shane Nowell, Nolan Hickman, and JT Tuimoloau will settle for dismantling top-25 opponents and making a run at Garfield, O’Dea, and Rainier Beach for a Metro League title. Sorry in advance to whoever gets matched up against this team in the playoffs.

The departure of Head Coach Brandon Roy also brought with it an exodus of talent away from Garfield, which directly benefited their rivals throughout the western part of the state (Rainier Beach and Federal Way owe Brandon Roy a thank you card at least). Don’t count out first-year Head Coach JayVon Nickens and the new-look Bulldogs though. There’s talent and a winning culture here, so we expect this team to be in the conversation at the end of the season.

Here’s where the “top-tier” of these rankings officially begins. Cole Bajema has a case to make as the top player in the state, and the Michigan-commit has all of the tools needed to be a star at the next level, too. For now though, he and junior guard Andrew DeVries will try to bring home back-to-back state titles for a Lynden Christian team that could compete with anyone in Washington. It’s just a shame they won’t get a chance to prove it.

The O’Dea sophomore class probably would object to us anointing Eastside Catholic as the 2021 state champions. Paolo Banchero isn’t just the best sophomore in the state, he might be the best sophomore in the country. The 6’9″ do-it-all forward has some help, too, with sophomore John Cristofilis and senior Noah Williams rounding out a formidable backcourt. Good luck figuring out how to match up against these guys, Metro League!

Last year’s 2A state champs are back (and better) this season, with seniors Clayton Whitman and Christian Zamora leading a well-rounded roster that doesn’t have many weaknesses. They’ll get a few chances to prove they belong in the top-five this season: first, against Marysville-Pilchuck, then against O’Dea and Lynden Christian over the next two months. We’ll start lining up for tickets now.

As if having Jaden McDaniels on your team wasn’t intimidating enough, they picked up a couple of All-State level players in Pierre Cockrell, Jr. and Tari Eason, courtesy of Garfield. Throw in senior guard Jalen Womack and junior guard Bradley Graham (another transfer), and you can see why the Eagles might be the favorite at the Tarkanian Classic at the end of December. You can probably also see why they have a case to make for being the No. 1 team in the state.

Rainier Beach might as well just be permanently in the top-five at this point. The Vikings, despite seven losses, still made it to the championship game of the 3A Hardwood Classic in 2017-18, and they’re even better this year after Jamon Kemp and MarJon Beauchamp jumped ship at Garfield to join Head Coach Mike Bethea and an already-talented roster at Rainier Beach. They’ll play a daunting schedule this year that should put them into the upper echelon of the national conversation, with games against Sheldon (California), Lake Oswego (Oregon), and in the Bass Pro Tournament of Champions, not to mention the fact that they also play in the Metro League. Good grief.

The defending 4A state champions are back for more in 2018-19. Gonzaga-bound Anton Watson is a matchup nightmare for pretty much every team in the country, as Modesto Christian and Bishop Gorman found out last week. Junior guard Liam Lloyd is another high-level Division 1 talent, making the Bullpups the favorites to repeat with another Hardwood Classic title. The only question now is whether they can go from a really good team to a great team.