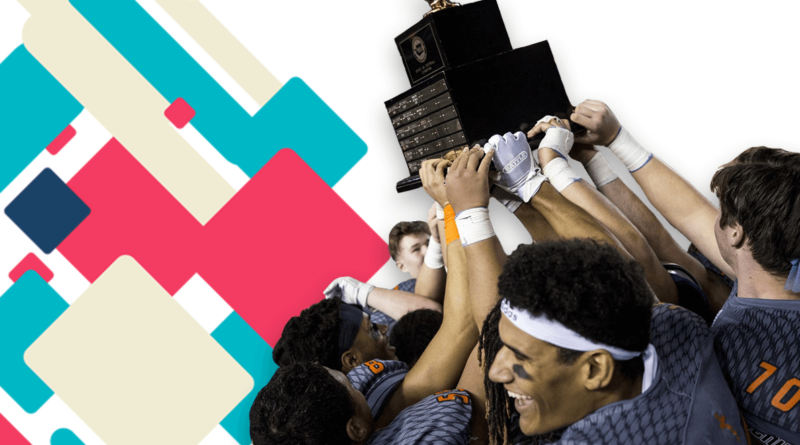 All season long we’ve been ranking the best teams in Washington based on opinions from coaches around the state and the observations of the Scorebook Live football staff. Despite these teams playing in different classifications and against different levels of competition, the rankings take into account each teams’ body of work and attempt to objectively quantify their credentials in relation to the rest of the state.

The Washington 3A champs never looked back after their week 1 Honor Bowl loss to California power Oaks Christian, racking up twelve straight wins en route to the 3A state title. Next up, a showdown with undefeated Centennial (Peoria, AZ) in the GEICO State Champions Bowl Series.

Union capped off a perfect 14-0 season with a dominating win over Lake Stevens in the 4A state title game. The Titans rolled through the Gridiron Classic, outscoring opponents 186-93.

If you want to get a better idea of how good O’Dea is this season (and how good Eastside Catholic is, too), all you have to do is look at point differential.

The Wolverines were 12-0 coming into their semi-final matchup with Eastside Catholic in the 3A Gridiron Classic. In their first two playoff games against Snohomish and Yelm, they put up 103 points. Eastside Catholic held them to just three points in a game Bellevue would probably like to soon forget.

Mountain View was arguably the biggest surprise at the 3A level this season, winning eleven straight after dropping their opener to Union (in a nail-biter). Jack Mertens racked up 25 touchdowns to lead a deep and experienced Thunder team to the 3A semi-final.

The Vikings avenged last year’s first round loss to Graham-Kapowsin in dominating fashion with a 45-28 quarterfinal win on Nov. 17, but tripped up against Union in the title game. Head Coach Tom Tri has solidified himself as one of the best coaches in the state with a record of 54-7 over the last five seasons.

Have an issue with a 2A team being in the top ten? Coach Rick Steele and the Hawks would beg to differ after adding some nice hardware to their trophy case, outscoring opponents 401-121 in the regular season, and finishing off a dominant 13-0 season with a win over Lynden in the state title game.

Puyallup and O’Dea have at least one thing in common: both were dominant this season, but there was one team that was more dominant. A perfect 11-0 against non-Union teams, and 0-2 against Union (with only a touchdown separating them in both games) is a successful season by any standard.

Dylan Morris and the Eagles looked like they could have been the team to beat in Washington after their impressive (and nationally televised) win over Oregon powerhouse Sheldon in week 1. And with the exception of an overtime loss to Puyallup and a disappointing quarterfinal loss to 4A runners-up Lake Stevens in the Gridiron Classic, they looked the part.

Woodinville was quietly one of the best teams in Washington this year, if that’s even possible when you finish the regular season 9-1, earn the 2 seed in the 4A state tournament, and proceed to roll over Skyview and Gonzaga Prep on your way to a top-four finish.

The Wildcats cracked the top-five of our Power Rankings in mid-October. After that, they dropped two of their last four, including a disappointing 34-47 loss to Puyallup in the 4A quarterfinals. Still, a 10-2 season is legit, and Cale Millen put up one of the best seasons in recent memory for a quarterback in Washington, finishing with 51 touchdowns and 3807 yards passing. His brother Clay will take the reins next year while Cale joins the Oregon Ducks.

With the exception of an upset loss to Bishop Blanchet in September, the Vikings turned in another successful season. Only a sluggish offensive effort in a 6-7 loss to Mountain View prevented them from getting another shot at O’Dea in the 3A Gridiron Classic semifinal.

Julien Simon has been dominant this season, solidifying his reputation as one of the top sophomores in the country with 13 touchdowns and 821 all purpose yards. The Abes will be close to the top of all of the “way too early” preseason rankings for next year, with quarterback Caden Filer and running back Jeddiah Hayes returning, along with Simon and a talented supporting cast.

Lynden bounced back from their disappointing 2017 5-6 campaign in dramatic fashion. They were denied a historic undefeated season as Hockinson knocked them off in a thrilling 2A Gridiron Classic title game, but it’s safe to say that the Lions are back in the picture in a big way.