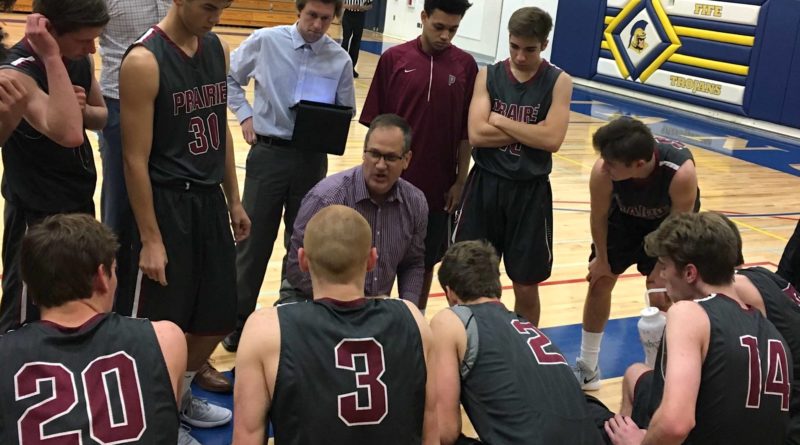 Prairie High School boys basketball coach Kyle Brooks announced he’s retiring from his position at the end of the spring after 21 seasons.

Brooks, whose long, grueling battle with Guillain-Barré syndrome hospitalized him midway through the 2019-20 season, told SBLive the decision was made due to a desire to focus on making a full recovery and to spend time with his grandkids.

He returned to his coaching position this spring, fueled by a desire to show his players an example of perseverance. But the symptoms stemming from the rare disorder leave him with nerve damage and he’s still recovering from paralysis in his arms and legs that impact his balance, making “everything a challenge.”

“I really believe I needed to get back this season and see if I could do it,” Brooks said. “I really wanted to show the kids, too.”

He leaves quite a legacy in 21 seasons at Prairie: eight state finishes of at least the quarterfinals or higher, two state semifinals appearances and an estimated 362-225 record. His first head coaching job was at Woodland, where he was hired in 1996.

Brooks met with Prairie athletic director Jason Castro in late April and submitted his letter of resignation. Then he broke the news to his team.

“Coach Brooks is as good of a high school basketball coach as you will find anywhere,” Castro said. “Any time the game was close in the fourth quarter, there was always a quiet confidence the Falcons would pull out the W. More importantly, his players always knew he cared about them as a person first and a player second. While I am selfishly saddened to see coach walk away, I understand and support his decision.”

Brooks’ return to the court for the 2021 season has been nothing short of remarkable. Guillain-Barré syndrome causes one’s immune system to attack their nerves, and for Brooks, it stemmed multiple long-term hospital stays, being placed ventilator for a month as well as speech and physical therapy. He was first admitted to a hospital in January 2020 and doesn’t remember roughly the next month.

“After last season, I am thrilled to see him have the opportunity to know when he is coaching his last game and walk out of the gym on his own accord,” Castro said.

Castro has not yet turned in Brooks’ resignation letter to the district’s human resources department, and is working to develop a realistic timeline to fill the vacancy once the season ends (Prairie had 12 coaching vacancies since the outset of the pandemic, Castro said). Brooks’ longtime assistant coach Jimmy Tuominen held the interim role during the head coach’s absence last season.

Brooks is also retiring his day job at Prairie teaching health and P.E. He hopes to one day be involved in basketball in some capacity. But first, he’ll finish out the condensed spring season. Prairie is currently 4-2 (4A/3A Greater St. Helens League).

Though it isn’t the way he pictured his coaching career ending, Brooks is consoled by the lifelong relationships he’s built with those who have played for him, many of whom he’s still closely connected to.

“I’ll always be a Falcon, that’s just the way it is,” Brooks said.