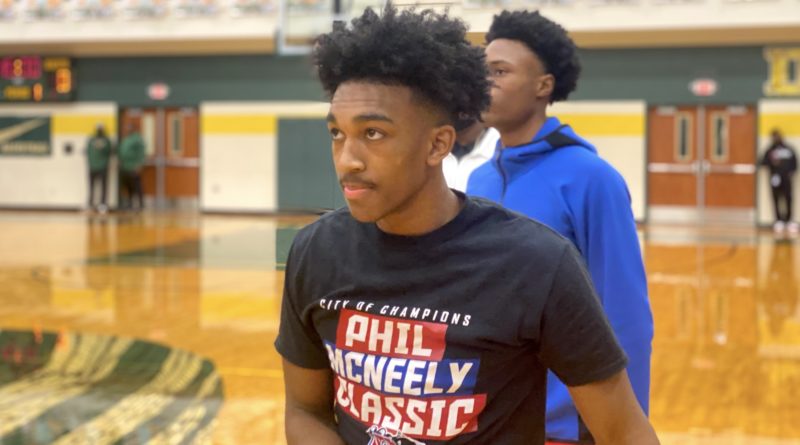 The Duncanville Panthers, the second-ranked team in the country in the SBLive/SI Power 25, continued to impress Friday night with a wire-to-wire 71-55 victory over Mansfield Lake Ridge.

Senior guard Anthony Black set the tone offensively for Duncanville (17-1), totaling 15 points and a
handful of defensive rebounds. Ron Holland scored 17 points – including multiple alley-oop dunks – to give the Panthers
momentum throughout the matchup.

After leading by more than 15 in the first quarter, Duncanville’s offense slowed during the
second in light of struggles from beyond the arc.

Lake Ridge (10-5) took advantage of the Panthers’ shooting woes and lowered the deficit to seven by
halftime.

“The first quarter we moved the ball really well, they shared the ball, we took really good shots,”
said Panther head coach David Peavy after the game. “Second quarter I felt like the ball stuck,
we didn’t move the ball as well and you could tell, but I felt like defensively we were solid all
game.”

The message was well-received, as the Panthers reclaimed and held on to their double-digit
lead for the majority of the second half

After the game, Black spoke on his performance and how he was able to find success in a
dominant outing.

“They were getting back and packing the paint so just trying to get out, run and play fast,” Black
said. “Just getting downhill and playing fast was the name of the game today.”

He also commented on the Panthers’ offensive slump in the second quarter, discussing how his
team was able to respond.

“We just had to keep shooting good shots because we knew they were going to start falling,” he
said. “Keep getting downhill, playing good defense, rebounding and running in transition, and
shooting good shots.”

Coach Peavy shared his thoughts on room for improvement after his team’s 17th win of the
season.

“Just the little things,” he said. “We gave up a little bit too much mid-line penetration, we gotta
rebound a little bit better, we gotta communicate a little bit more on defense, and then
consistently share the ball.”

The Panthers return to play on Tuesday against the Waxahachie Indians (8-7).