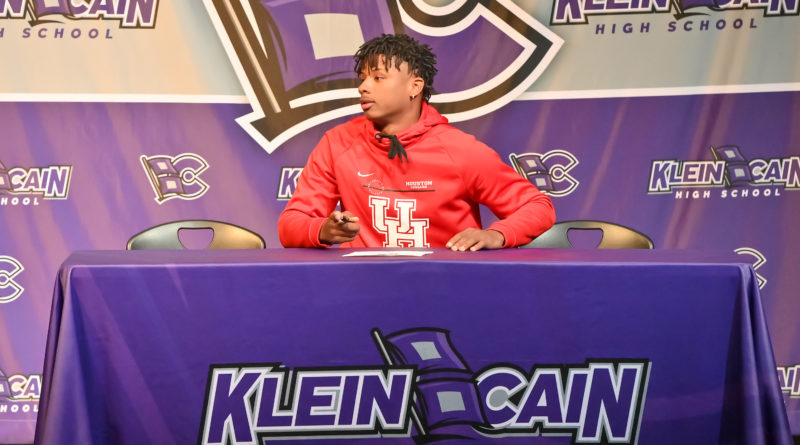 HOUSTON, Texas – Klein Cain speedster Matthew Golden, one of the top Class of 2022 wide receivers in the state, signed with Houston Wednesday during the first day of the early national signing period.

The early signing period runs until Friday, so some recruits will sign Thursday and Friday this week while others will wait until February.

A four-star receiver, Golden caught 74 passes for 1,416 yards and 12 touchdowns this season. He initially committed to TCU, but re-opened his recruiting when coach Gary Patterson left. Golden also had offers from Arkansas, Baylor, Cincinnati, LSU and other schools.

Klein Cain RB Jaydon Blue, who opted out of his senior season of high school football, signed with the Texas Longhorns on Wednesday. He was not present at the signing ceremony.

(All photos by Carmen Agnew)