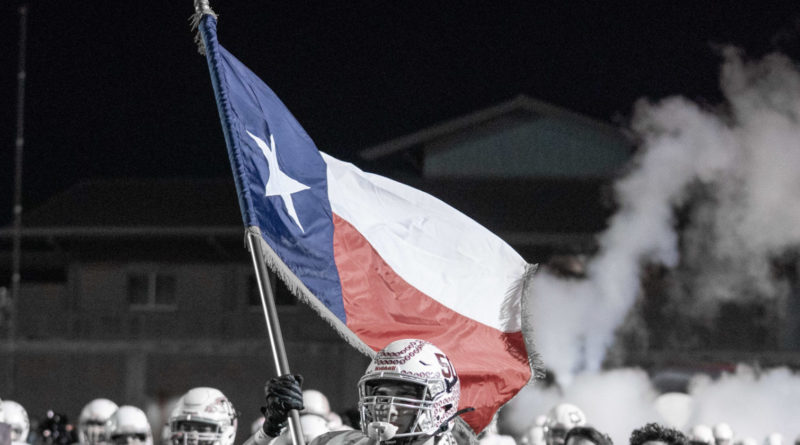 The 2021 Texas (UIL) high school football state championships kick off Wednesday at AT&T Stadium in Arlington. Here’s a preview of the 1A Six-Man DII matchup:

Strawn became the first Six- or 11-man Texas high school football team to cross the 1,000-point threshold offensively this season in a dominant 100-54 state semifinals win over Richland Springs. The Greyhounds sport the most dangerous offense in the state averaging 72.1 points per game. Strawn has scored 60 points or more in five straight victories and in 10 of 14 total games this year. Quarterback Grayson Rigdon (48 rushing TDs; 35 passing TDs) and running back Lorenzo Garcia (30 rushing TDs) headlined the Greyhounds’ near-unstoppable offensive attack. Rigdon and his brother, running back Griffin Rigdon, combined to run for 483 yards and 10 rushing TDs in the team’s state semifinals win. Strawn will be searching for its first state title since a 48-0 victory over Follett in the 2018 state championship. Motley County, which last advanced to the state championship game in 2019, also ran the table during the regular season to make this one of four state title game matchups between two undefeated teams. The Matadors boasted the largest margin of victory (+50.1) per game of any six-man squad in Texas high school football this season. Motley County owns one of the most well-rounded groups of any teams to advance to UIL state championship games. The Matadors have topped 60 points offensively in 11 of 14 games this year, and will be led by record-setting senior running back Jake Richards (2,240 rushing yards, 51 TDs). Running back Kason Degan (892 rushing yards, 24 TDs) makes up half of Motley County’s reliable backfield duo, while quarterback Kadyn Roys (898 passing yards, 20 TDs) gives the Matadors a reliable passing threat in a run-first offense. Motley County will count on defensive end Wyatt Perryman (56 tackles) and Degan in the secondary to stop Strawn’s high-scoring offense and create takeaways defensively. Strawn and Motley County each knocked out the teams that battled for last season’s 1A/Six-Man DII state championship during their postseason runs to the title game. The Greyhounds blew out Richland Springs, last year’s state runner-up, in a dominant 100-54 area-round win, and the Matadors downed defending 1A/Six-Man DII state champion Balmorhea 68-44 in the area round.

How They Got Here: