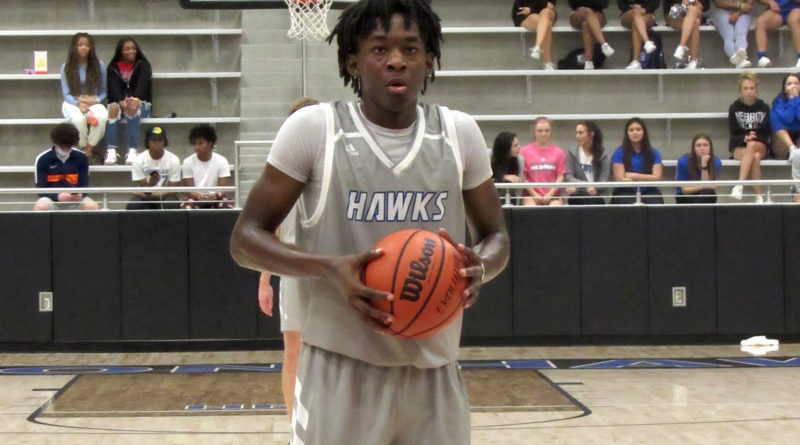 “My teammates were finding me,” Cotton said. “I was in foul trouble early, but towards the end I started hitting.”

In the final minutes of the fourth quarter, Allen (12-5) rallied from behind to even the score at 63-63.

Nate Mercer, the Hawks junior shooting guard, got fouled and had a chance to give Hebron the lead with a few seconds left. But Mercer missed the front end of a one-and-one and the game eventually went into overtime.

Luckily for Mercer, he would get a chance at redemption as he found himself at the free throw line in another late-game situation.

This time, however, the junior made the most of the moment and knocked down both shots to give his team a 72-71 lead with three seconds remaining in overtime.

“I was just trying to keep my composure,” he said. “Taking it one shot at a time and then taking the lead.”

Head coach Eric Reil later shared what he preached to his team on the final defensive possession of the game.

“The whole game comes down to one stop,” he told them. “You get one stop and the game is yours, and you know what, they got that stop.”

The Eagles would end up missing a last-second three-point attempt to win the game, landing Hebron the upset victory.

“We just gotta keep working hard, we gotta get better and better every week,” he said. “Our goal is to start playing some of our best ball as we get into districts, so we just need to take this and make some corrections, and have that momentum going into districts.”

The Hawks will carry this victory into next week as they kick off district competition against the Plano Wildcats on Friday night.