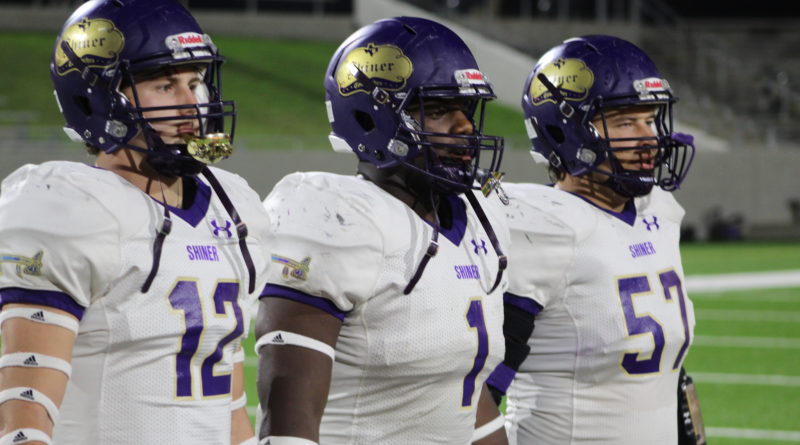 TOMBALL, Texas – Junior running back/defensive back Dalton Brooks and brother Doug, Shiner’s star senior defensive tackle/running back, combined to run for four rushing touchdowns and haul in the game-winning interception propelling the Comanches to a dramatic 35-28 victory over the Timpson Bears in the state semifinals of the Class 2A Division I Texas high school football playoffs Thursday night at Tomball ISD Stadium.

The Comanches will look to repeat as state champions when they square off against the Hawley Bearcats (15-0) in the 2A DI state championship game at 11 a.m. Thursday, Dec. 16 at the Dallas Cowboys’ AT&T Stadium in Arlington.

(All photos by Andrew McCulloch)