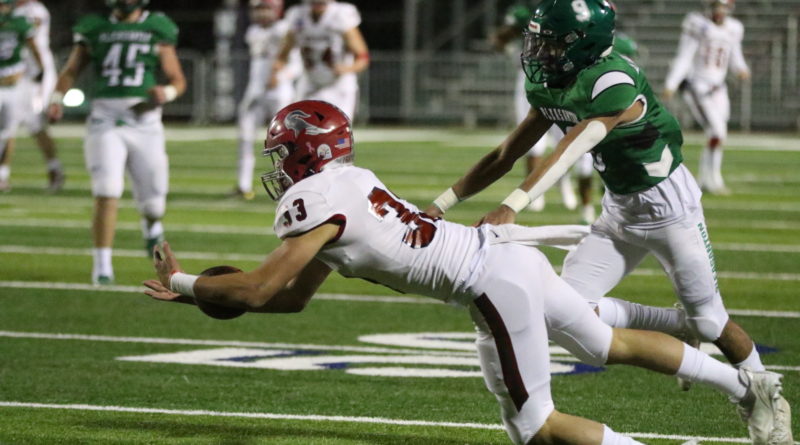 SAN ANTONIO, Texas – Fredericksburg utilized two key defensive plays in the second half to pull away from Pleasanton and pick up a 28-20 victory in the Class 4A Division I regional semifinals at Farris Stadium on Friday.

Fredericksburg (9-4) was without head coach Lance Moffett who was relieved of his coaching duties on Tuesday for undisclosed reasons by Fredericksburg superintended Joe Rodriguez. In a letter addressed to parents, Rodriguez stated that Moffett would not be on the sidelines for the remainder of the season and details would be released at a later date.

Defensive coordinator Bill Wilder was named interim head coach and was able to get the Billies past the third round for the first time in the program’s history. Fredericksburg’s last third round appearance came in 1983, and the Billies have not advanced past the first round since 2002. Now Fredericksburg, the third-place representative from District 13-4A, faces the winner of the Boerne vs. Austin LBJ game that is set for Saturday.

Pleasanton (9-4) came out firing on offense and on the second play of the game freshman quarterback Cade Segura connected with junior tight end Jayce Krauskopf for a 55-yard touchdown reception to take a 6-0 lead with 11:14 left in the first quarter.

The Billies finally got on the scoreboard in the second quarter on a 10-yard run by quarterback Cole Immel to take a 7-6 lead with 10:11 remaining in the first half.

That ignited their offense as the Billies started to move the ball effectively the rest of game. Immel started to unleash his arm with his favorite target Layton Bever on the other end. The two connected in the second quarter for a 35-yard reception to put the ball on the 18-yard line. On the ensuing play Kade Jenschke scored on an 18-yard touchdown run to give the Billies a 14-6 lead with 6:32 left in the half.

The Billies had two key defensive plays that changed the momentum of the game and allowed them to break away from Pleasanton in the second half. With 7:27 left in the third quarter Fredericksburg’s Logan Metzger recovered a Segura fumble. On the next play Kadin Kunz ran for a 16-yard touchdown to give Fredericksburg a 21-13 lead.

Five minutes later the Billies defense came up with another fumble that led to a touchdown. This time it was junior defensive back Sam Seidenberger who had the fumble recovery. Immel followed with a 1-yard touchdown run, his second of the game, to give the Billies a 28-13 lead with 2:49 remaining in the third quarter.

Pleasanton took to the air in the fourth quarter as Segura found Palacios for an 82-yard touchdown reception to cut the lead to 28-20 with 8:45 left in the game.

The Eagles made a surge after stopping Fredericksburg in the next series and forcing a punt. Segura connected with Palacios for a 45-yard catch to place the ball on the 39-yard line. Fredericksburg got one final stop, though, as defensive end Derek Whitworth sacked Segura on a fourth-and-three play to get the ball back and seal the victory.