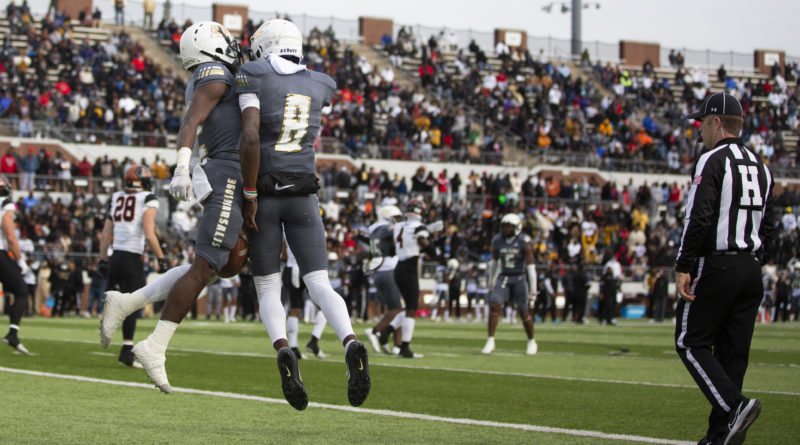 MANSFIELD, Texas – Kevin Henry-Jennings threw an 18-yard touchdown pass to Randy Reece with just over four minutes play to lift South Oak Cliff to a stunning 33-28 win over Aledo on Friday in the Class 5A Division II regional semifinals.

Aledo, the defending 5A Division II state champion, mounted a potential game-winning drive late, but South Oak Cliff came up with a game-clinching stop on a 4th-and-1 inside the 20-yard line with 44 seconds to play.

South Oak Cliff (12-1) will play the winner of the Lovejoy vs. Mansfield Timberview game in the 5A DII Region II final next week.

(All photos by Brian McLean)