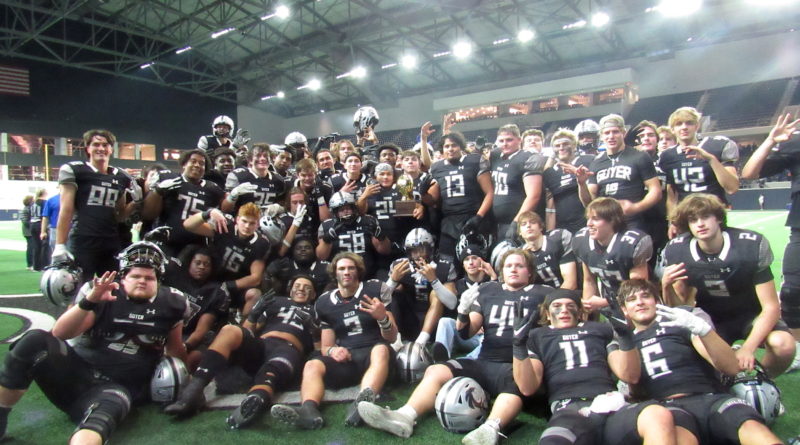 DENTON, Texas – Denton Guyer delivered a resounding performance in their 56-7 win over Dallas Jesuit Friday night to advance to the third round of the 2021 Texas high school football playoffs.

Denton Guyer junior quarterback Jackson Arnold, who has received multiple Power 5 offers, passed for 351 yards and accounted for seven total touchdowns – five through the air and two on the ground.

“I just had a great supporting cast around me,” Arnold said after the game. “My receivers’ ability to get open and our ability to run honestly just made the difference today.”

Denton Guyer head coach Rodney Webb had high praise for his quarterback after he torched the Rangers’ defense.

“He’s a really good player,” Webb said of Arnold. “He’s got great arm talent, he’s a great decision-maker. The offensive line did a great job protecting tonight. He had a lot of time to throw and I’m sure happy he plays for the Guyer Wildcats.”

Along with solid contributions from junior wide receiver Landon Sides and senior running back Byron Phillips, the game was never in question for the Wildcats.

Sides, who made his varsity debut against the Rangers Friday night, was all smiles after his incredible performance. He recorded three catches for 127 yards and three touchdowns.

“I don’t even know what to say,” Sides said. “It’s crazy. My first varsity start at the star, three touchdowns, man it’s unreal like nothing ever.”

Phillips delivered an electric performance as well, rushing for 132 yards and a touchdown, all of which was recorded in the first half of play.

Coach Webb was more than impressed with his team’s dominant effort but made it clear that there is still work to be done.

“We’re playing our best football of the year right now,” he said. “We’ve just got to continue to stay sharp. At this point in time, every game that you play has got to be your next best game so we gotta play better next weekend than we played tonight.”

The Wildcats will match up against the Byron Nelson Bobcats (9-3) next week as they look to advance deeper into the state playoffs.