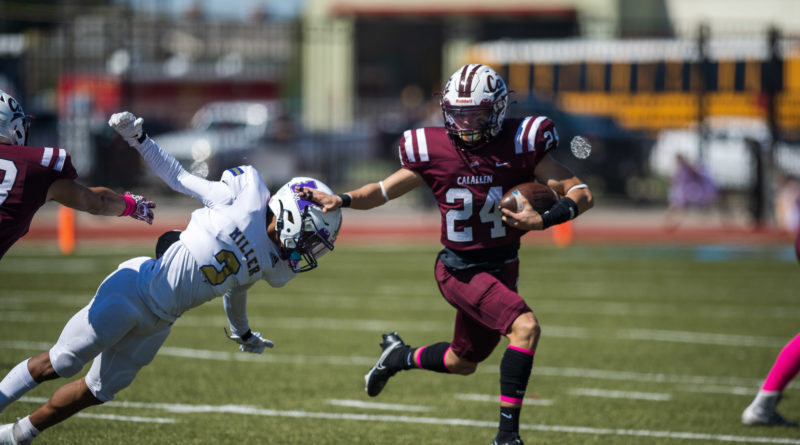 CORPUS CHRISTI, Texas – In a weather-delayed game that started on Friday and finished on Saturday afternoon, Calallen ran away with a 55-33 win over Miller in a key District 15-4A Division I football game.

With the win Calallen (6-1, 2-0) remains tied for first place in the district with Port Lavaca Calhoun with three games to play.

Epi Hinojosa and Luke Medina scored three touchdowns apiece for Calallen, with all three of Hinojosa’s scores coming before heavy rain and lightning forced the game to be stopped in the second quarter on Friday night. Medina scored his three TDs when the the game resumed on Saturday.

Hinojosa finished with 242 yards rushing and Medina tacked on 213 yards as Calallen dominated in the run game.

(All photos by Blake Purcell)