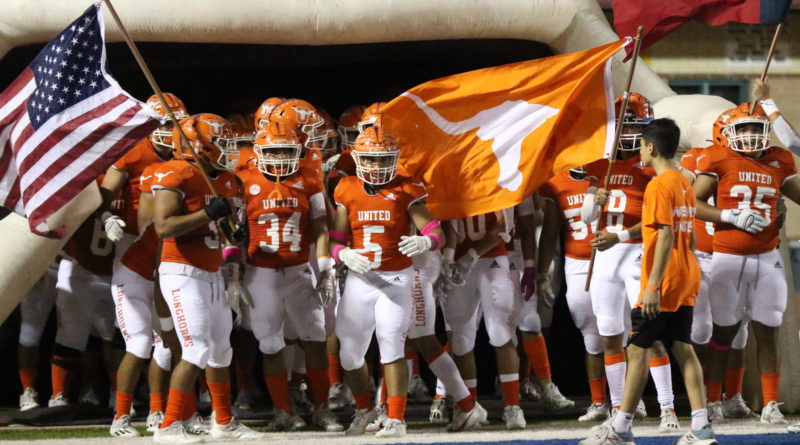 LAREDO, Texas – Laredo United linebacker Alejandro Salazar set the tone on the second play of the game, intercepting a pass from Laredo LBJ quarterback Raul Cantu – the first of four interceptions for a Longhorns’ defense that paved the way for a 42-7 Laredo United South victory on Thursday night.

After starting the season 1-5 against a very difficult schedule, the Longhorns are now 2-2 in District 30-6A.

Loring scored his second touchdown of the game in the third quarter on a 20-yard TD run to give Laredo United a 35-0 lead. Chavez Jr. followed with his second TD pass of the night, a 22-yard strike to Gage Lozano.

Cantu connected on a 26-yard TD pass with junior wide receiver Jose Quintero for the Wolves’ lone touchdown. Gerardo Mendoza had an interception for Laredo LBJ.